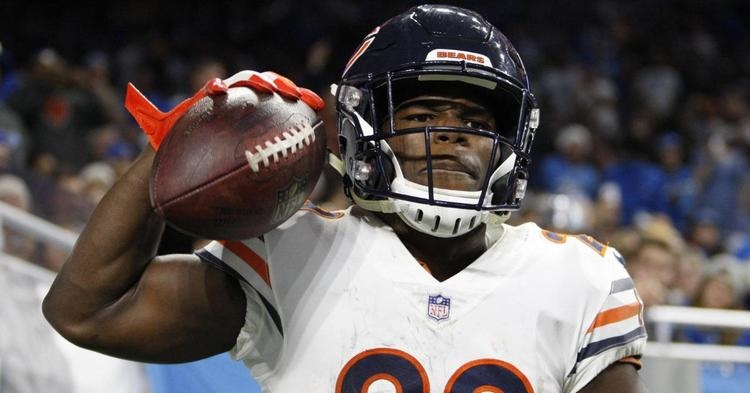 One member of the Chicago Bears not named Allen Robinson is getting paid.

Bears running back Tarik Cohen is signing a three-year extension worth $17.25 million (5.75 per year) with max bonuses that could be be worth $18.25 total according to his agent Drew Rosenhaus.

The contract calls for a guarantee of $9.533 million.

Cohen was in his final year of his rookie contract and making $2.133 million this season.

"We're extremely excited about being able to extend Tarik," Bears general manager Ryan Pace said. "He's a versatile player that has a big impact on offense and special teams. We love his character and he's been a spark plug for our team since we drafted him. Tarik and I both feel he's a young, ascending player with a lot of high-level years left in this league and we are glad he will be with us in the years to come."

During his short career, he has 1,068 rushing yards and five touchdowns to go along with 205 catches for 1,540 yards and nine scores. He has stayed healthy as he has played in every game since the Bears drafted him in the fourth round in 2017.

To add to his resume, he also was a Pro Bowler in 2019 as a return specialist.

Shoutout to Louisburg Bunn and Raleigh . Shoutout to Bunn high and A&T

Very fair deal. Cohen is not your average RB. But how many RB’s can lineup at WR, create mismatches in motion and are all-pro punt returners?