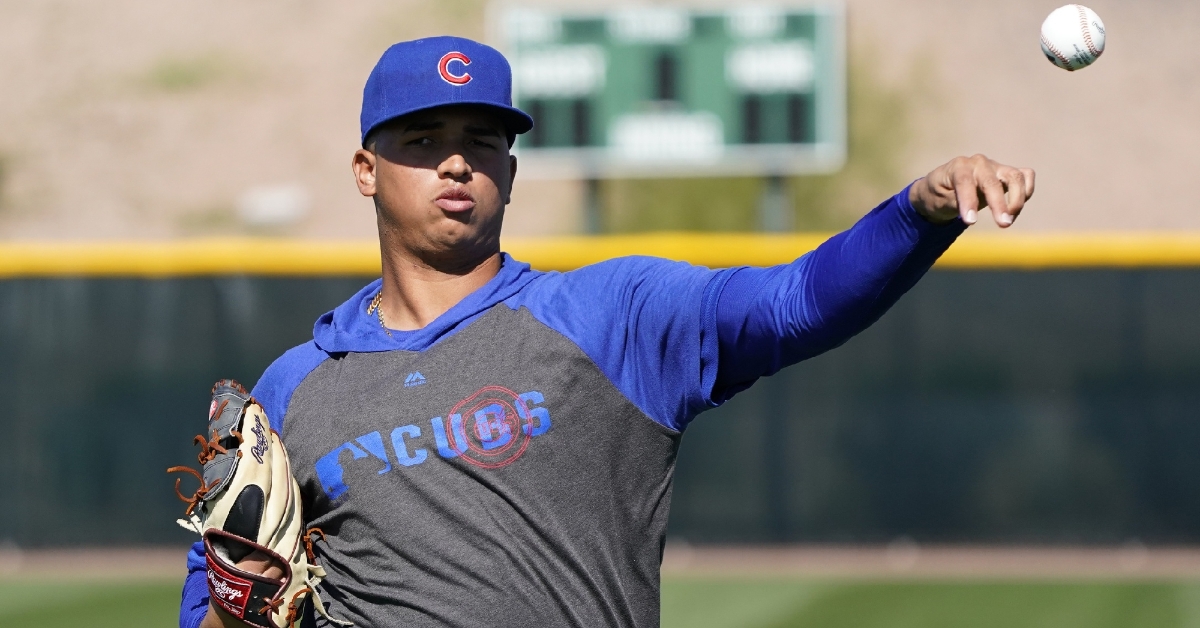 CHICAGO — Flamethrower Brailyn Marquez is one of the Chicago Cubs' top prospects, and, according to Russell Dorsey of the Chicago Sun-Times, the reliever is expected to be added to the Cubs' 40-player postseason roster. Marquez, who hails from the Dominican Republic, is a 6-foot-4-inch left-hander who regularly throws heaters in the upper 90s, but he has yet to appear in a game for the Cubs.

According to MLB Pipeline's rankings, Marquez is the No. 64 prospect in all of baseball, and he figures to be an important fixture of the Cubs' bullpen next season. However, he could potentially make his Cubs debut in the playoffs. Dorsey reported that Marquez and 11 other taxi squad players will be called up following the conclusion of the regular season and will be eligible to be added to the active 26-man roster during the playoffs.

Team has not confirmed final postseason 40-man roster, but it had to be finalized by Wednesday. Other 11 taxi-squad players not known at this point. https://t.co/hxJQkIsNhP