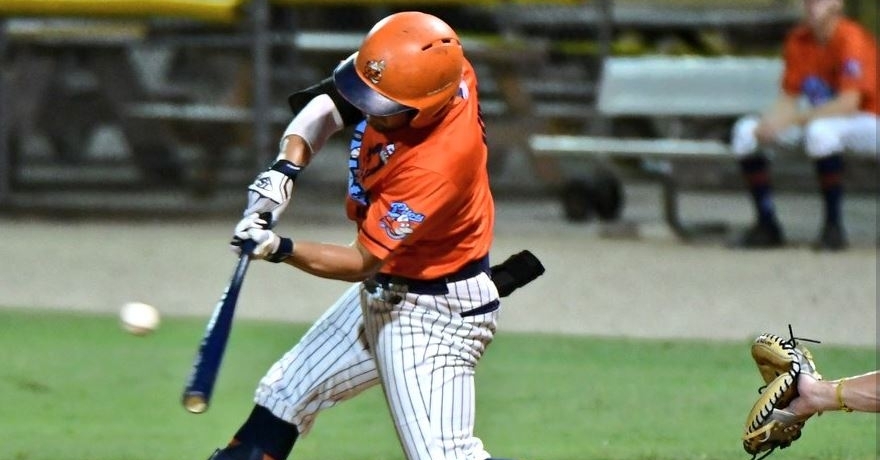 "We're all very happy for Matt. Especially since his senior season was cut short," expressed head coach Chris Finwood. "Matt is a fine representative of ODU and goes into professional baseball with his degree in his pocket. Matt continues the nice tradition of Monarch baseball players being signed by the Cubs!"

Burch, a native of Gurnee, Ill., started all 72 games over the last two seasons for the Monarchs. In the shortened 2020 season, Burch hit .302 with 19 hits, three doubles and 11 RBI's. He also recorded five multi-hit performances and stole two bases.

In 2019, Burch finished fifth on the team with a .298 batting average. He hit two homers while driving in 32 and led the team in stolen bases with 14 on 15 attempts.

Burch joins Bryce Windham, Jared Young and PJ Higgins as the most recent Monarch to sign with the Chicago club.

We've got a wild one brewing between the @PeninsulaPilots and @WilsonTobs now tied at 5 in the bottom of the sixth.

A couple of @ODUBaseball veterans have done some damage the last couple times I've seen @PeninsulaPilots. Tonight, the strong, compact Matt Burch went deep to right-center (went oppo on Saturday night), then lined a hard single in next AB and scored on a Kyle Battle bomb to RCF. pic.twitter.com/0x5qPGMHLV

Top Jared Young News
Top Chicago Sports News of the Week
Partner of ChicagoBearsHQ.com, ChicagoBullsHQ.com, CubsHQ.com, and TigerNet.com
ChicagoSportsHQ is an independent site and is not affiliated in any way with Chicago Professional Sports Teams.