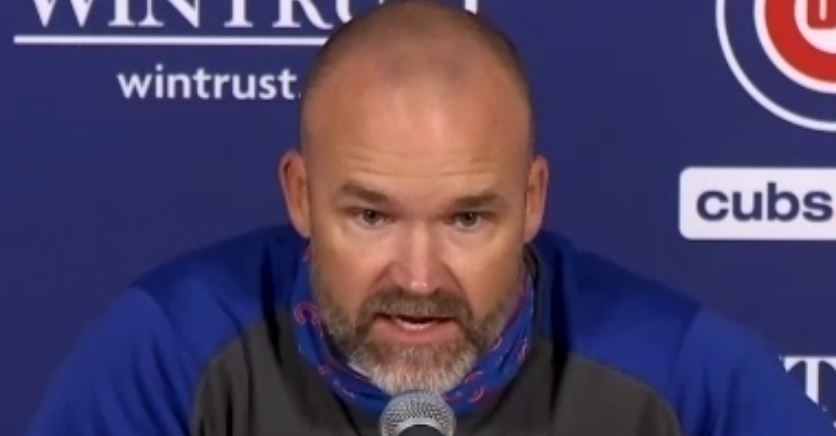 The Chicago Cubs are still in first place in the National League Central in the final stretch of regular season games of 2020.

One of the main reasons for the impressive run this season is the chemistry between the manager and many of the players.

Cubs manager David Ross spoke to the media Friday about several topics with his ballclub including discussing his friend Jon Lester.

"There's nobody that's done more for me in my career than that human being," he shared. "And what he means to me and my family and the things he's done for me, as far as my career, I wouldn't be sitting in this seat without that guy."

Ross went on to say that he thinks its possible for Lester to return next season.

“I don’t see it as his last start here for me. I see him coming back. That’s my hope. I think he’s got a lot more to prove. I think he has a lot more to do in this game. I know 200 wins is a goal. I look at it through a different lens. I understand the uncertainty that he is going through.”

In other Cubs pitching news, Ross went on to say that Jose Quintana is extremely close to being able to re-joining the team after his left lat injury.

Jon Lester has been one of the best pitchers in @Cubs history. pic.twitter.com/rIxwOb7rms