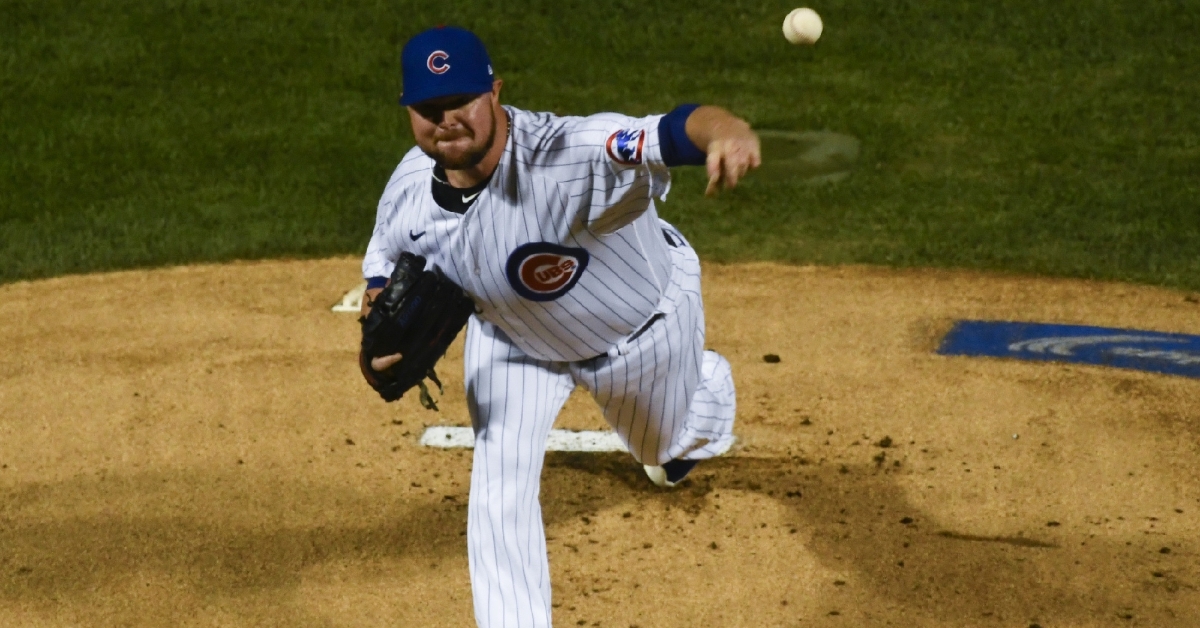 One of the fan favorites in the Cubs organization is veteran lefty Jon Lester.

It pained many including starter Yu Darvish that 'Big Jon' wasn't able to get a start during postseason action against the Miami Marlins.

What does the future hold for the beloved veteran?

Cubs President of Operations Theo Epstein held his yearly end-of-season press conference on Monday and said that there is a 'possibility' Lester could be back in 2021.

"It remains to be seen whether Jon's pitched his last game as a Cub or not," he said. "There's certainly a possibility he continues to call Wrigley Field home."

Epstein understood what Lester has meant for his teammates regarding leadership since signing that six-year, $155 million deal before the 2015 season.

"If it actually was (his last start at Wrigley), he's the biggest and best and most impactful free-agent signing in club history," Hoyer said on 670 The Score following Lester's final home start. "His influence and his impact on this organization is sort of beyond reproach. It's very rare that you set a plan, and it works out almost exactly as you want. But in the case of Jon, what we signed him to do both in the clubhouse and on the mound, I mean you can't deliver more than he did."