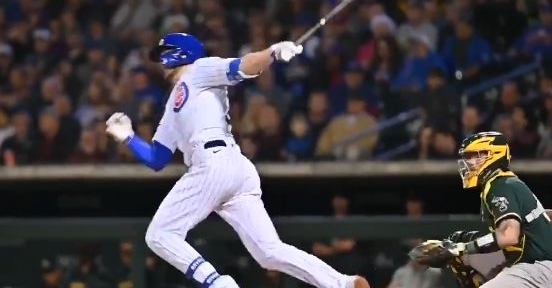 Bryant will be out of the lineup at least until Friday

Chicago Cubs third baseman Kris Bryant has not been up to his usual standards so far in 2020.

Bryant has some bumps and bruises including a left wrist issue that is not helping things at the plate.

Cubs manager David Ross said to the media Tuesday that Bryant had an injection in his wrist area from a specialist.

"He got an injection today and we will until after the off-day and see where he is at," he said.

Ross isn't planning to put Bryant on the injured list yet.

"If we thought it was best for Kris to go on the IL, we would put him there," he said. "But I think the best thing for Kris and the Cubs right now is wait and see.”

Ross hopes to get him back in the lineup Friday against the Chicago White Sox.

Bryant is currently batting .177 and striking out at a 29 percent rate this season.