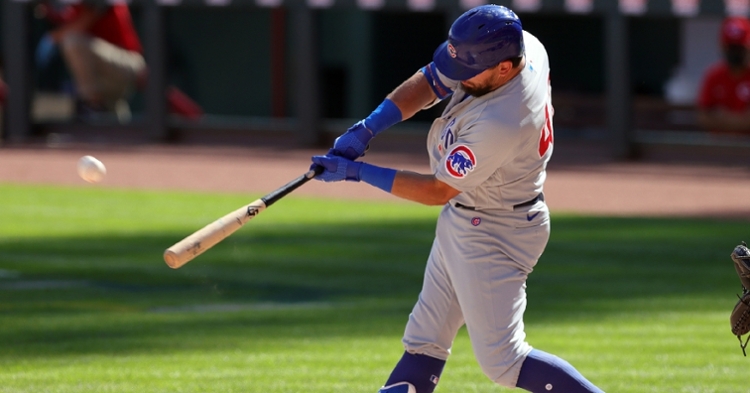 The Chicago Cubs showed off their home run ability with six dingers in the team's 10-1 victory against the Cincinnati Reds on Sunday night.

The Cubs had three players hit two homers a piece with Kyle Schwarber, Jason Heyward, and Ian Happ. This tied an MLB record done several times, dating back to 1901 according to ESPN Stats & Info.

It was also done by the Cubs in 1955 by teammates Ernie Banks, Randy Jackson, and Dee Fondy.

The Cubs were also the first team in MLB history to have all three starting outfielders hit two homers in the same game.

Cubs outfielder Kyle Schwarber spoke to the media for a few minutes and understood what a show offensively the team put on.

"It's pretty cool," he said on the six combined homers. "We made history today so having all of our outfielders out there and perform at the plate and do our thing in the outfield is pretty cool.

"Whenever you have a little bit of history, you always keep that with you."

For the game, Schwarber had a solo homer and a grand slam in the ninth inning.

The @Cubs are the first team in @MLB history to have all 3 OF have multi-HR games. pic.twitter.com/G8C3qZe8Dj