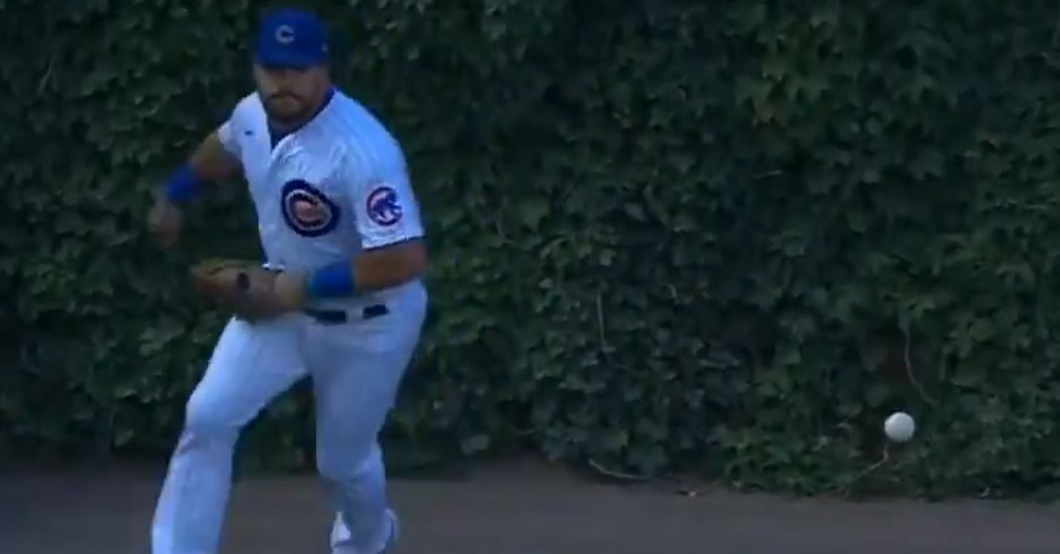 Kyle Schwarber was benched after a triple in the second inning

The Chicago Cubs were shut out 4-0 in front of a national television audience in their last home game on Sunday night.

However, the most noteworthy part of the contest was when Cubs manager David Ross removed outfielder Kyle Schwarber in the second inning over a lack of hustle on a ball hit over his head.

"I don't think the guy should have gotten to third base there,” Schwarber said to the media after the game. "It put Yu (Darvish) in a bad spot. It put the team in a bad spot there."

Schwarber is not going to pout about being removed from the game.

"You just have to learn from it and move on. It's not the ideal way to learn from it. But I think I can take a lot of different punches. I pride myself on being a team guy who will play this game 120 percent. I think my teammates understand that, and I think Rossy understands that as well."

Ross told the media following the game that he will keep the conversation and details of the play with Schwarber private.

"I'd like to keep it in house," he said. "That's between me and Schwarbs."

Possibly Ross knows that Schwarber is one of the Cubs players that can deal with criticism as he tries to get Schwarber and the rest of the team firing on all cylinders down this final stretch of important games.

Schwarber removed from ballgame by Skipper Rossy, likely for this perceived lack of hustle which allowed @Twins RF Jake Cave a triple in the 2nd.@Cubs #GoCubsGo pic.twitter.com/vWB5IM0DQl