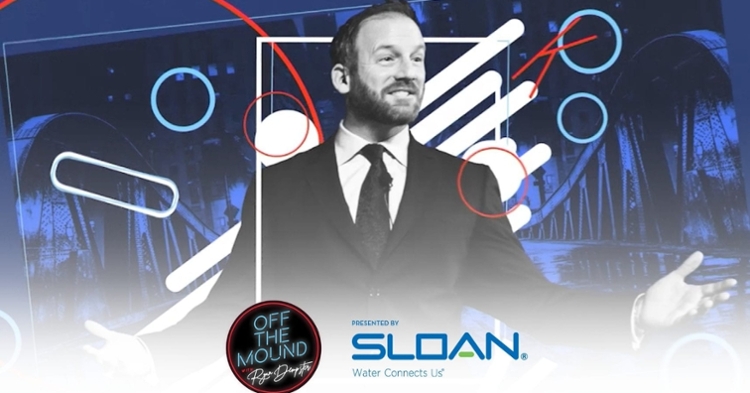 CHICAGO/October 29, 2020 – Marquee Sports Network on Friday, November 6th at 9 P.M. CT will roll out season two of Off the Mound with Ryan Dempster presented by Sloan, a half-hour late night-style talk show hosted by Ryan Dempster and featuring interviews with MLB stars past and present, actors, musicians and comedians. Joining Dempster for the first show will be 2016 World Series Champion and current Cubs Manager, David Ross.

“We’re excited to bring Off the Mound with Ryan Dempster into the studio for the first time and back to our Marquee lineup following the conclusion of the World Series,” said Marquee Sports Network SVP Programming and Production, Michael Santini. “Ryan has such a huge list of incredible relationships from his time in baseball, and it’s unique to be able to give viewers an inside look at the conversations he has with these talented individuals and entertaining personalities.”

A 16-year MLB pitcher, World Series champion and two-time All-Star, Dempster spent much of the 2020 MLB season as an analyst both in the booth and the studio for Marquee Sports Network. The first season of Off the Mound on Marquee Sports Network, an extension of the live event which debuted at The Vic Theater in Chicago in 2018, featured guests including Hall of Famers Ken Griffey Jr., Fergie Jenkins and Greg Maddux, plus Kris Bryant, Jon Lester, Anthony Rizzo, Mike Trout, and Pearl Jam front man Eddie Vedder.

“David Ross is truly one of the most special people in the game of baseball,” said Dempster. “It will be incredibly exciting to hear from him following his first season as Manager of the Cubs and hear how he’s spending his offseason. I can’t think of a better guest to lead off season two of Off the Mound.”

Sloan, the world’s leading manufacturer of commercial plumbing systems, is the proud presenting sponsor of Off the Mound with Ryan Dempster for a second season, as well as the accompanying Off the Mound podcast, which releases each Monday. Future episodes will feature new interviews with Hall of Famer Jim Thome, as well as other current and former MLB players and special guests.

Season two of Off the Mound with Ryan Dempster will premiere Friday, November 6th at 9 P.M. CT and can also be seen later that night at 12 A.M. CT and on Sunday at 6:30 P.M. CT. For more information about Off The Mound, go to www.offthemound.com, follow @OffTheMound, contact the Marquee Sports Network Media Relations Department, or reach out to Lorraine Fisher at lorraine@ldfcommunications.com.

Off The Mound with Ryan Dempster, presented by @Sloan_Valve, is returning for season two on Nov. 6 at 9 p.m.

The first guest will be Cubs manager David Ross.

Excited to be bring Season 2 of ?@OffTheMound presented by ?@Sloan_Valve? back to ?@WatchMarquee? ! Looking forward to the first show November 6th at 9pm with ?@Cubs? manager and best friend ?@D_Ross3? ! pic.twitter.com/V3FIT9E0fy