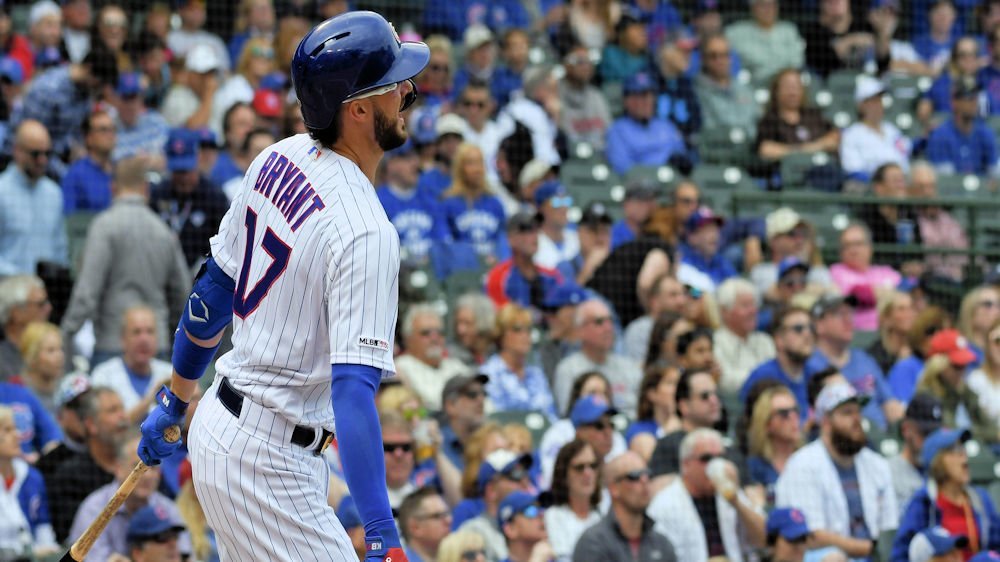 The Chicago Cubs are in a period of transition as several of their core pieces from their 2016 championship season might be traded away this offseason.

One of the hotter rumors this offseason is the Nationals having some interest in Cubs third baseman Kris Bryant who would be reunited with former Cubs bench coach Davey Martinez, the Nationals manager.

Martinez told reporters the following information about Bryant during media access on Tuesday.

"Very good player," Martinez said. "Like him a lot. For me, right now, unfortunately he is a Cub. His name definitely comes up in conversations. He's an unbelievable player. He's definitely a premier player in this league."

Nationals general manager responded to his manager's talk about Bryant by releasing his own statement about the trade rumors.

"We haven’t had a serious conversation about Kris Bryant in probably two years," he said via ESPN. "He was not a big guy on our radar last year or this year. He’s a great player but at this point and time of where we’re at, and what we have in our farm system, and where we’re going, we think we can allocate our dollars and prospect capital in another way.”

He went on to say the following, which sounds like he had a few conversations with the Cubs about Bryant but it didn't go very far.

“It’s never a good idea to get one year of a really good player for three or four prospects of the future."