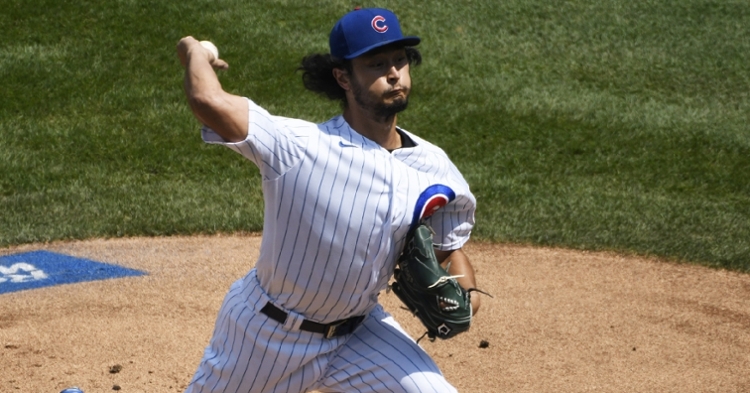 The San Diego Padres are going for it this offseason to try to win it all in 2021.

The Padres traded for ace Blake Snell for a basket of top prospects last night, but they appear that hasn't satisfied their need for elite pitching.

Next man on their target list is still CY Young finalist Yu Darvish.

"Even after landing Blake Snell, the Padres are deep into talks to acquire Yu Darvish from the Cubs, sources tell @PJ_Mooney, @sahadevsharma, and me," Dennis Lin of The Athletic posted. "If the deal is completed, multiple players would head to Chicago."

Shocking stuff as the Padres are attempting to add two aces this offseason. Darvish has three years left on his current contract with the Cubs.

Realistic guess? Cronenworth, Myers (plus a little cash on their side), Morejon, and a lesser prospect or two.

I understand how you'll react to that realistic guess.

The Padres are deep into talks to acquire Yu Darvish from the Cubs even after trading for Blake Snell.

Padres also have been looking for catching help. Could potential Darvish deal with Cubs be expanded to include Contreras or Caratini?