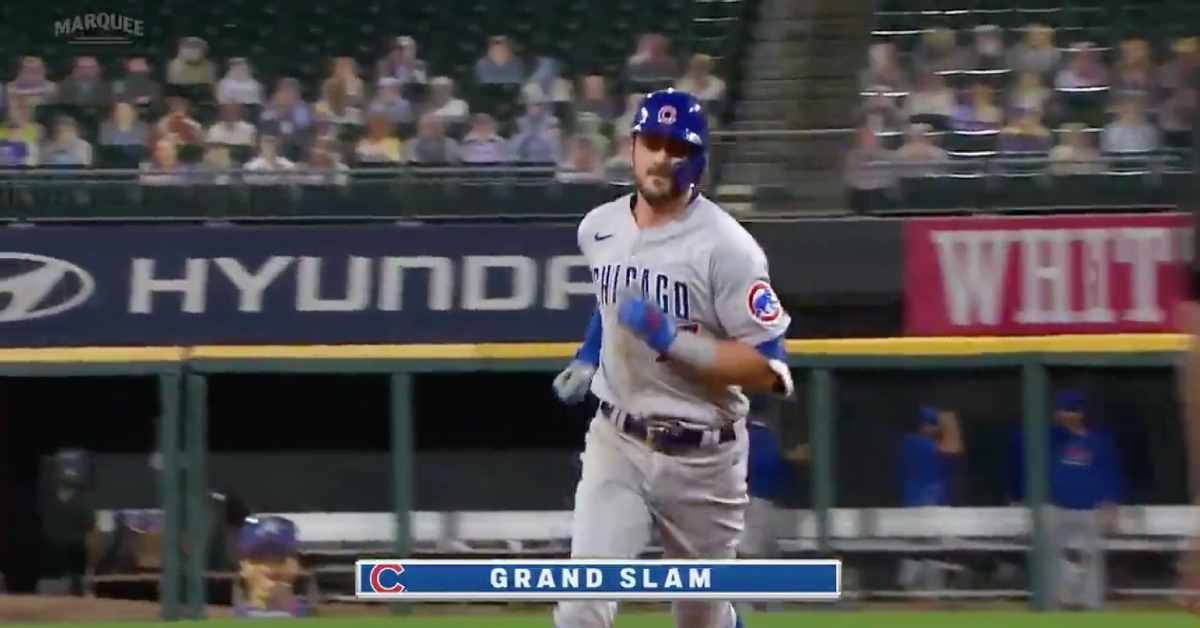 Former MVP Kris Bryant has had the toughest year as a pro baseball player this season. He has battled various injuries that have kept him out of the lineup and when playing, he has only hit around the mendoza line.

However, last night a healthy Kris Bryant showed flashes of his normal self with a grand slam and a single that could signify he is healthy and strong right before the playoffs.

Cubs manager David Ross was asked about all the criticism that Bryant gets on Twitter for his play this season and even his various injuries that have nagged him in 2020.

Ross understands that Bryant is a special player for the Cubs.

"This is a former MVP. I don't know what to say to that. This guys wants to be out there. He wants to do well for this organization. He's done nothing but be a model citizen and a great player since he has been here in my opinion. That is part of the job being criticized but I don't search through Twitter to find out what people are saying about Kris Bryant. I don't care. He's a great human being. He's a great player and I'm thankful that he is on my team."

"KB is going to be a huge part of our playoff run."

For the season, Bryant is batting .205 with three homers and 9 RBIs.