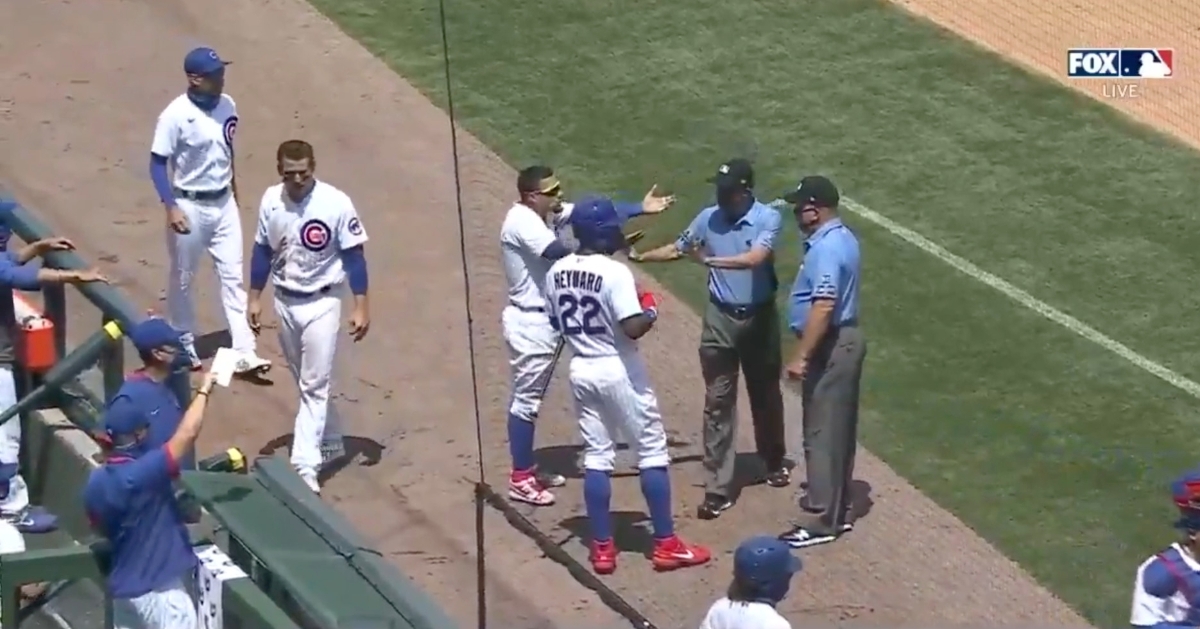 Willson Contreras set off a mild fracas after striking out to end the third inninig on Saturday. (Credit: Michael McLoone-USA TODAY Sports)

CHICAGO — Tensions ran high at Wrigley Field following the conclusion of the third inning on Saturday. With the Chicago Cubs and the Milwaukee Brewers tied 1-1, Cubs catcher Willson Contreras was struck out by Brewers starter Corbin Burnes to end the third frame, and it led to contention.

Contreras was still irked by an inside pitch from Burnes that beaned Javier Baez earlier in the game, which led to Contreras flipping his bat on an RBI single later in the same inning. After striking out in the third, Contreras shouted at Burnes while heading back to the dugout.

Due to no fans being present in the stands, situations such as that one are going to escalate quickly this season, as each dugout can clearly hear the other. The chirping at the conclusion of the third inning led to Baez, Contreras, first baseman Anthony Rizzo and other Cubs players having to be held back from walking toward the Brewers' dugout. Umpires tried their best to restrain the Cubs, and nothing serious came of the fracas.

WATCH: Epic moment as Cubs and Reds emerge from corn in Field of Dreams game
Post your comments!