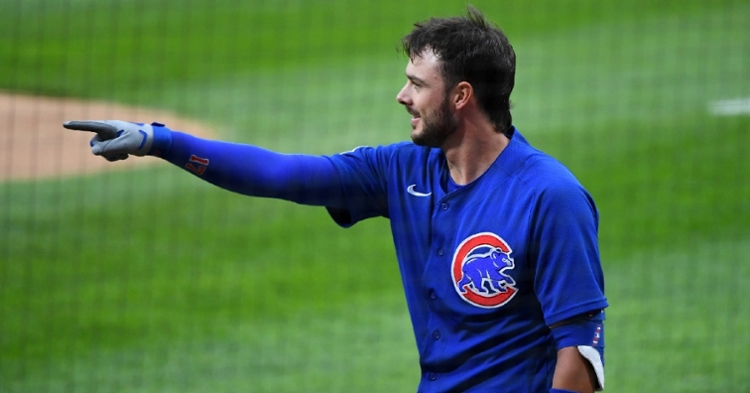 Kris Bryant made what initially appeared to be an impressive midair catch. However, Bryant actually caught the ball on a hop. (Credit: Mike Dinovo-USA TODAY Sports)

CINCINNATI — Turning the franchise's first triple play since 1997, the Chicago Cubs got out the bottom of the seventh thanks to a diving stop by third baseman Kris Bryant on Wednesday. The Cincinnati Reds had already scored three runs in the inning and were threatening to add to their 12-5 lead at Great American Ball Park.

Following a pitching change, Shogo Akiyama lined a shot toward Bryant. After it was ruled that Bryant caught it in the air, Bryant stepped on third base and fired to first base, thereby securing a 5-3 triple play. However, replays indicated that Akiyama's liner skipped before Bryant gloved, but the play was not reviewable, meaning that the Reds could not challenge.

Bryant talked about the rare play after the game to the media.

"I guess I can put that on my list of things I’ve accomplished," he said. "I don’t think I’ve turned a triple play in my life so that was pretty cool."

McRae, Hernandez, Sandberg part of that triple play with Stan Javier at the plate.