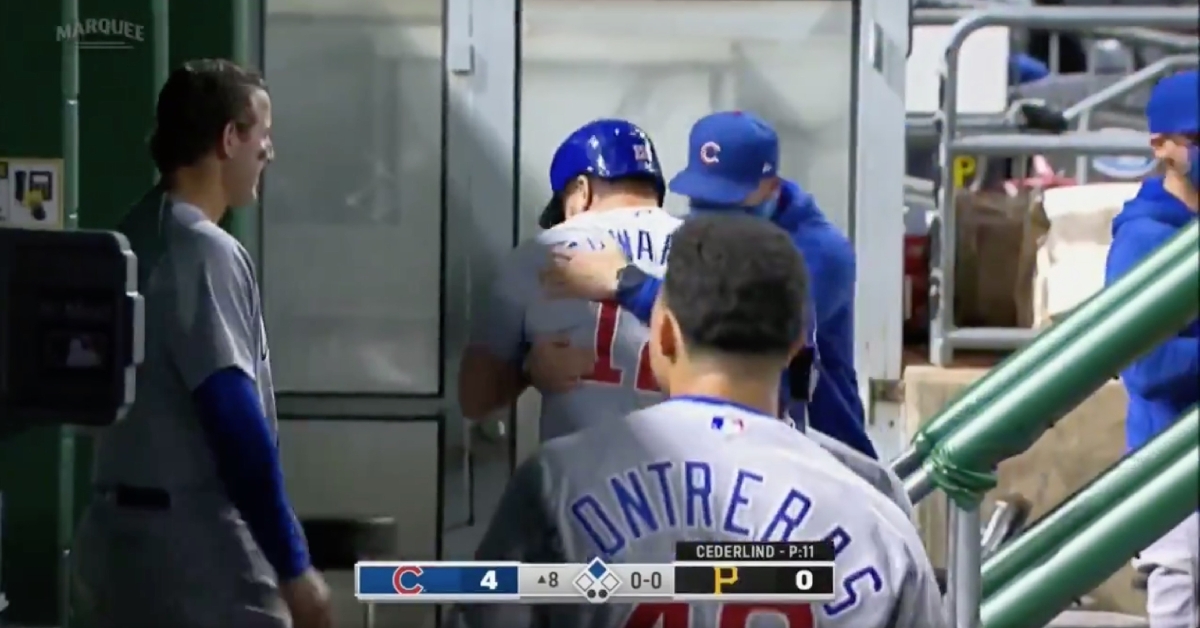 There were clearly no hard feelings from David Ross benching Kyle Schwarber the previous night.

PITTSBURGH — Chicago Cubs manager David Ross made the tough decision to bench left fielder Kyle Schwarber in Sunday's game after Schwarber did not hustle to field a ball, thus allowing the hitter to collect a triple. Schwarber responded in a major way on Monday, going 2-for-4 with two doubles and finishing with two runs batted in and one run scored.

Schwarber scored the Cubs' first run of the game against the Pittsburgh Pirates, crossing the plate not long after he doubled to lead off the top of the second at PNC Park. Later, Schwarber smacked a clutch two-run double with two outs in the top of the eighth. Willson Contreras and Anthony Rizzo scored on the two-bagger, and, with the Cubs leading 4-0, Billy Hamilton pinch ran for Schwarber.

Once he was back in the dugout, Schwarber went out of his way to get Ross' attention. After Schwarber pulled at Ross' pant leg, the skipper was clearly excited to see Schwarber. The two dapped each other up and hugged, proving that their relationship was not negatively affected by Ross benching Schwarber the night before.