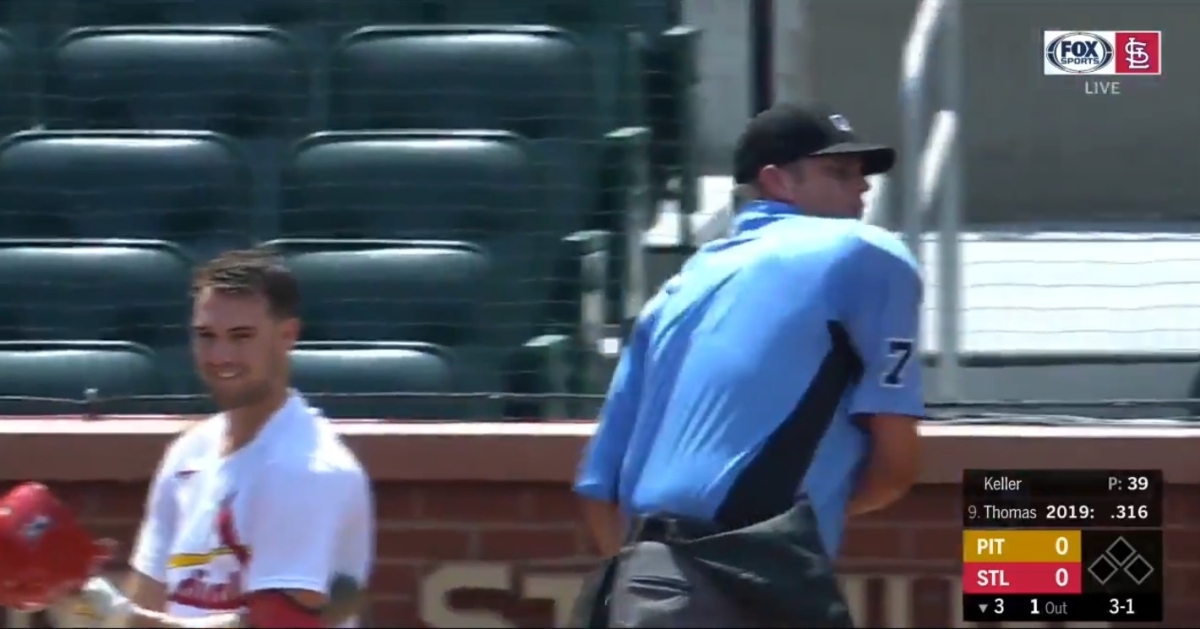 Former Cubs pitcher Derek Holland was ejected from a game while sitting in the stands. (Credit: Michael McLoone-USA TODAY Sports)

ST. LOUIS — Pitcher Derek Holland, who played with the Chicago Cubs for part of last season, was ejected from a game on Sunday. Holland is a member of the Pittsburgh Pirates, and he was hilariously tossed from the contest while sitting in the stands.

Per social distancing regulations, members of the pitching staffs were seated in the stands behind the dugouts at Busch Stadium. And with no fans present for the Pirates' contest against the St. Louis Cardinals, the home plate umpire could hear Holland's critical commentary being made from the seats, leading to an interesting ejection that resulted in Pirates manager Derek Shelton arguing with the umpire from approximately six feet away.

Derek Holland just got tossed from a game while sitting in the bleachers. Then, the umpire and manager masked up before arguing. Covid baseball is getting weird.