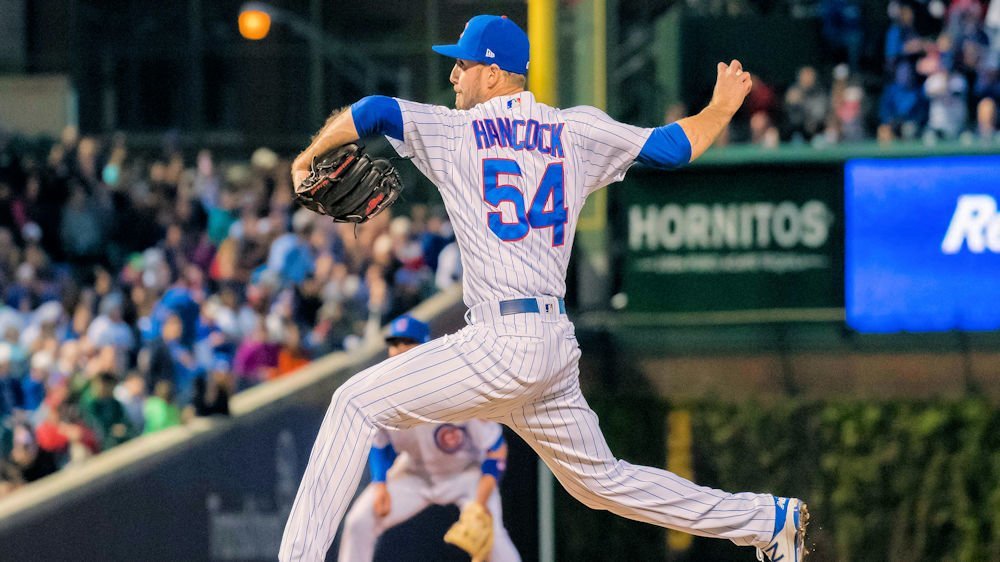 The righthander was acquired by the Cubs from San Diego May 8, 2017 for outfielder Matt Szczur. Hancock combined to go 2-4 with four saves and a 4.46 ERA (19 ER/38.1 IP) in 33 relief outings between Double-A Tennessee and Triple-A Iowa last year. He was a non-roster invitee to Chicago’s major league spring training in 2018.

Hancock is 28-35 with four saves and a 3.97 ERA (239 ER/541.2 IP) in 167 career minor league appearances, including 90 as a starter, in eight minor league seasons in the Padres and Cubs organizations. He was originally selected by San Diego in the ninth round of the 2011 Draft out of Lincoln Trail College in Robinson, Ill.