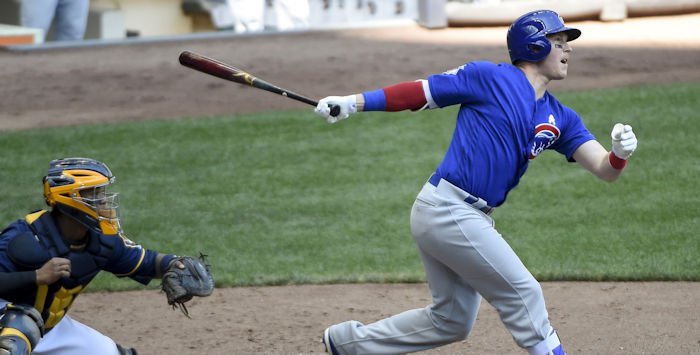 The Cubs might be reuniting with an old teammate in the near future.

Former Chicago Cubs outfielder Chris Coghlan has signed a minor league contract with the Cubs according to multiple reports. According to the Athletic, Coghlan is working out at the Arizona Complex and will be in extended spring training mode.

This is a solid move by Cubs management because they are only carrying four outfielders at the big league level and probably want to bolster their depth at the position in the minors. He helped the Cubs win a World Series in 2016 and has proven to work well as a teammate. It will be interesting to see if he is one of the first call-ups if they need help in the outfield as the season goes on. Injuries can be cruel sometimes and it is a wise idea to have a veteran tucked away at Triple-A Iowa if you need it especially with the release of Peter Bourjos.

In 2016 splitting time with the Oakland A's and the Cubs, he batted .188 with six homers, 30 RBI, and .290 on-base percentage. The second half of the season with the Cubs, he batted .252 which was a big improvement over his first half (.146). Regardless of his numbers, he helped the Cubs win their first World Series in 108 years.

"I told you I wasn't gonna slide." - Chris Coghlan. pic.twitter.com/DQIG1qAYm2

Welcome back to the one and only... Chris (2016 World Series Champion) Coghlan! pic.twitter.com/HLQ0Xl6CM3