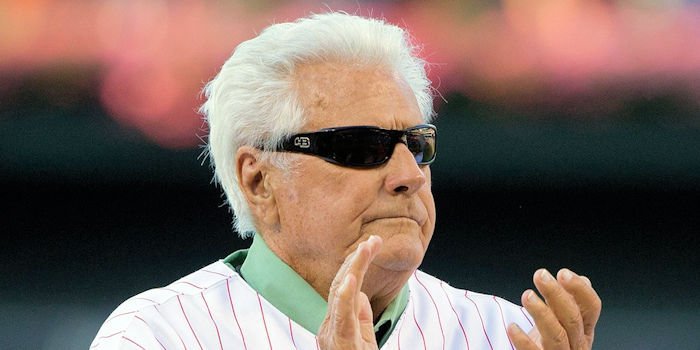 Former Phillies, Mets, and Yankees manager and Cubs general manager Dallas Green passed away on Wednesday after battling health issues at the age of 82.

"Dallas Green had an eye for talent," Tom Ricketts said in a team release. "Our fans can credit him for acquiring and drafting several of the most accomplished players to wear a Cubs uniform, including Hall of Famers Andre Dawson, Greg Maddux and Ryne Sandberg, as well as All-Stars like Shawon Dunston, Mark Grace and Rick Sutcliffe,” said Chicago Cubs Chairman Tom Ricketts. “Green was not afraid to make bold moves in pursuit of winning, and in 1984, led the Cubs to their first postseason appearance since the 1945 World Series. He will forever hold a meaningful place in Chicago Cubs history. Our thoughts and prayers are with his family and friends as we mourn his passing."

Green was instrumental in one of the best Cubs trades of all-time trading Ivan DeJesus to Philadelphia for minor leaguer Ryan Sandberg and shortstop Larry Bowa. In 1984, the Cubs made their first playoff appearance since 1945.

Sandberg ended up being one of the greatest Cubs in history and was inducted into the Baseball Hall of Fame in 2005.

Green was also famous for being an advocate for Wrigley Field to have lights for night games. “If there are no lights in Wrigley Field, there will be no Wrigley Field," Green said famously. He resigned as team president and general manager in 1987.

CubsHQ would like to give our best wishes to the family and friends of Dallas Green.

Larry Bowa on Dallas Green:
"We dont win the World Series in 1980 without Dallas Green. He will never be forgotten in Philadelphia."#RIP pic.twitter.com/Y6ZkrROaDx

We mourn the passing of Dallas Green. The Phillies have lost a great man and wonderful friend. Our thoughts and prayers are with his family. pic.twitter.com/tzPWoGPtB9

Super Sky Point to Dallas Green, who managed the Phillies to a World Series crown in 1980 and built the 1984 Cubs as their GM. #RIP pic.twitter.com/OgXxwgASlO