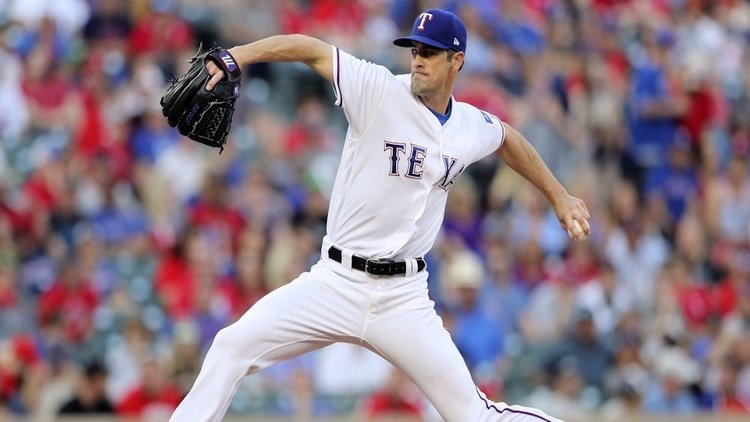 The Chicago Cubs have found that veteran starter that they hope will give them some help down the stretch in 2018.

The Cubs have traded with the Rangers for veteran lefty Cole Hamels pending medical reports. Some low-level prospects and significant cash considerations are expected to return to the Rangers in the deal. No official word yet from either team until the medical details are finalized.

Class-A Myrtle Beach starter Rollie Lacy was scratched during today's game so he might be part of the package of prospects.

Earlier in the day, the Cubs tried to make a play for starter J.A. Happ but the Yankees won out for the veteran starter.

If he is healthy, he could be a guy that should up eat some innings for a tired bullpen and possibly give them some decent veteran starts down the stretch and even in the playoffs.

Cole Hamels has reportedly been traded to the #Cubs, pending physicals. pic.twitter.com/2tuzZtdUVF

Hamels 10.23 ERA in last five starts, but one rival exec says stuff in those games was essential same as it was in first 15 starts, when his ERA was 3.41. Source confirms deal to #Cubs is in place, pending medicals. First to report: @Evan_P_Grant.

Cole Hamels is being traded to the #Cubs for low level prospects. The deal is done

It will be interesting from this point: Does Happ pitch better for #Yankees or Hamels for #Cubs.

Sources: The Chicago Cubs have a deal to acquire Cole Hamels from the Texas Rangers, who will receive minor leaguers in return. Texas sending a significant amount of cash to cover Hamels’ salary. Hamels gives the Cubs rotation depth and an October-tested veteran arm.

Hamels will be a Cub. Finalizing details. They are on his pre-approved list. @Evan_P_Grant 1st to say