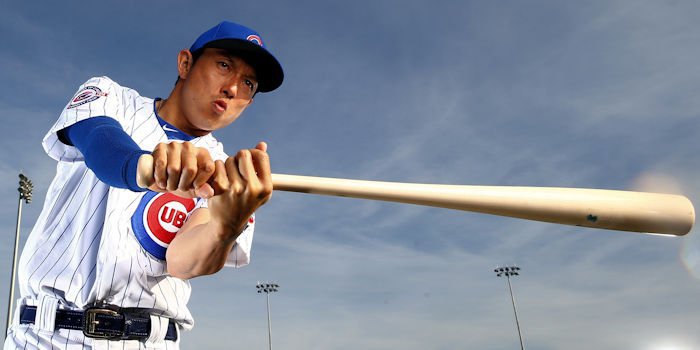 Kawasaki, who will wear uniform number 66, will be available for the Cubs tonight as they continue a three-game series at the Pittsburgh Pirates.

Kawasaki signed a minor league contract with the Cubs last offseason after spending part of the last four years with the Seattle Mariners (2012) and Toronto Blue Jays (2013-15). Including his two games with the Cubs, he is batting .235 (144-for-614) with 16 doubles, one homer and a .315 on-base percentage in 264 major league games. The versatile Kawasaki has played in 109 games at second base, 102 games at shortstop and 24 games at third base.

The left-handed hitting Kawasaki played in a career-high 96 games for the Blue Jays in 2013. He batted .214 (6-for-28) with two doubles and two RBI in 23 games for Toronto last season. Kawasaki was Iowa’s starting shortstop Thursday night at Colorado Springs (1-for-3, 2 RBI, 2 BB).

Kawasaki played professionally in Japan for 11 seasons for the Fukuoka Hawks, earning All-Star honors in each of his final eight seasons through the 2011 campaign. He played for Japan in the 2008 Beijing Olympics and in the 2006 and 2009 World Baseball Classics.

We feel you, @MuneKawasakiWB. “I don’t want to miss a thing” during this #Cubs #SpringTraining.https://t.co/KpJcuyuUu2