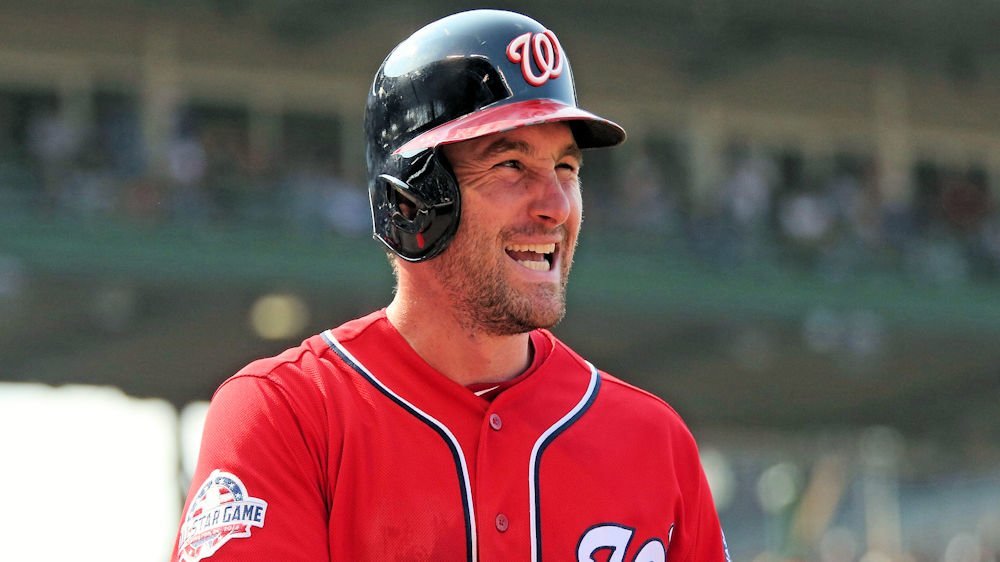 The Chicago Cubs acquired infielder Daniel Murphy from the Washington Nationals on Tuesday.

Cubs Twitter went wild with the news of a new offensive weapon for the North Siders as well as analysts giving their take on the new player on the North Side.

Murphy has a .413 career batting average at Wrigley Field which is the highest in history ahead of No. 2 Eddie Murphy at .395.

Daniel Murphy said he was disappointed in himself that it came to this point, but feels like his time with the #Nats has been a success; hopes to be a part of a championship w/ #Cubs... pic.twitter.com/YBrFzqbZuV

Murphy to do a presser in D.C today so would guess he joins tomorrow...Cubs clubhouse opening momentarily. Will get react

The Chicago #Cubs will have an absolute lethal bench, best in #MLB, with the acquisition of Daniel Murphy. The Cubs are considering placing SS Addison Russell on DL to make room for Murphy.

Nationals’ selloff means two of the Brewers’ NL Central rivals get new players without giving up much. Cubs get Daniel Murphy for Minor Leaguer Andruw Monasterio plus PTBNL or $$. Cardinals get Matt Adams for nothing (and get Carlos Martinez back from the DL). Still time to add. pic.twitter.com/OoqT9yv4Gs

by trading for daniel murphy, again for nothing, & once bryant returns, cubs will be adding back the 7th & 9th best hitters in baseball from 2016-2017 to a lineup that previously without KB & murphy are 2nd best in the NL. its theos goddamn league

Also worth noting: Rizzo says in addition to minor league infielder Andruw Monasterio, Nats will get a player to be named later from the Cubs, who will be monitored through the Arizona Fall League.

The Cubs just got a postseason assassin. Not super surprised by this move, but I know Nats fans will be upset. When he was healthy he did his part in Washington and was worth the 3-years 37.5 million.

Excited to see him (hopefully) play in the postseason. https://t.co/CAAqOpbXgB

Murphy has a career .413 average in 28 regular season games at Wrigley Field (and went 7-for-12 with a HR and 2B in three games there earlier this month). #Cubs

Daniel Murphy can’t kill the Cubs in the post season if he is a cub pic.twitter.com/DLjNh2TdHc

The @Cubs have acquired Daniel Murphy from the @Nationals today.

Murphy’s .413 batting average at Wrigley Field is the highest all-time, as well as his 1.142 OPS (minimum 100 PA). #EverybodyIn pic.twitter.com/7XhJnBLWGr

Daniel Murphy's headed to the #Cubs!

Murphy did miss more than two months to start the year following right knee surgery. He returned on June 12 and was batting .340 with a .904 OPS since the All-Star break. #Cubs

If everyone is healthy, the Cubs have six lineup spots for:

That is a first-world problem.

The @Cubs are getting a hitter with #postseason experience on his résumé. pic.twitter.com/g6dLH9VqPW

There’s a reason Daniel Murphy was called a “#Cubs Killer”.

Now we’re talking about how he fits with the club: https://t.co/F4etObXah3 pic.twitter.com/71DkLKIGWE