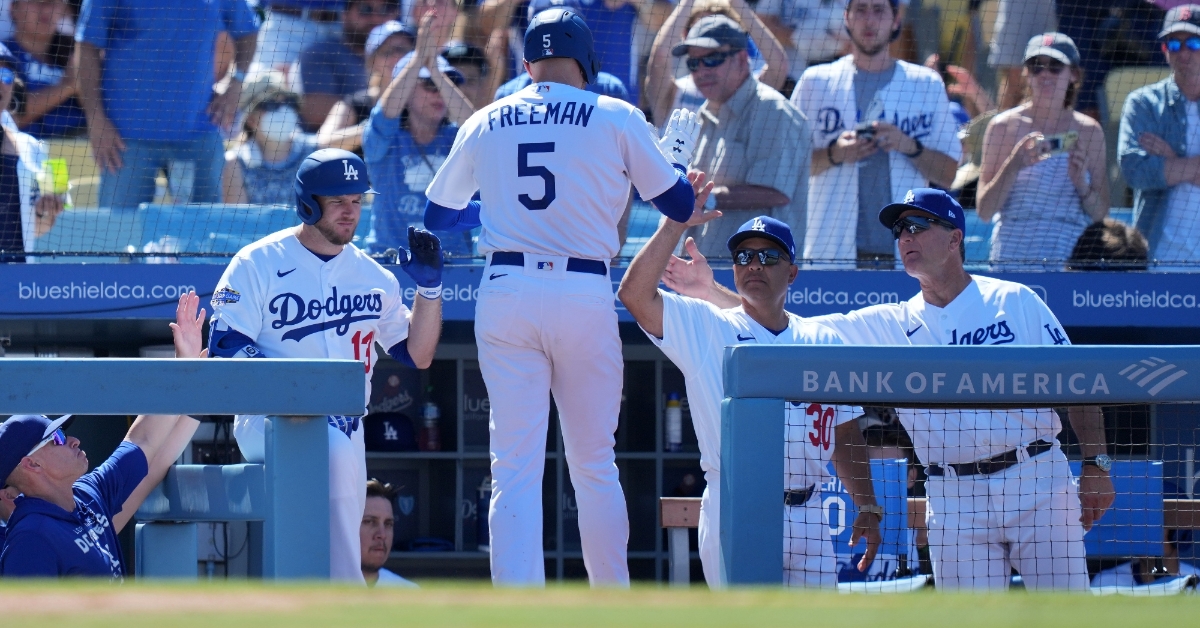 LOS ANGELES - If only the Chicago Cubs (34-52) hitting could consistently produce at the level the pitching has the last two weeks, we would be talking about a much better ball club. Instead, the results are what they are as this team continues to show fight, but can't get over the hump to beat teams consistently.

On a day where the offense scored nine runs against the best pitching staff in baseball, it was the pitching that let them down as the Los Angeles Dodgers (56-29) capped off the season sweep of the Chicago Cubs with an 11-9 victory.

When you look at how things unfolded in this series, the Cubs were in every game as they lost all four games by two or less. That is impressive for a rebuilding team, but the pitching stands out the most. Not only were 20 combined runs scored on Sunday, but through the first three games, there was a total of 21 runs scored between the two teams as the pitching was the dominating factor early before the hitting took center stage on Sunday.

In a matchup that pegged Julio Urias against Drew Smyly, who was returning from the IL, it turned out to be a free for all as both pitchers struggled to go deep and lasted just two innings. For Urias, he entered the game with an ERA below 2.6, but after allowing five runs in two innings saw that ERA rise to 3.01.

All of the damage came in the first inning as the Cubs offense was more than up to the task of taking him down. After striking out Christopher Morel to open the game, Urias would load the bases with a hit by pitch, double, and a walk. That was followed by the Nico Hoerner single that put the Cubs in front 1-0 before PJ Higgins cashed in with his first career Grand Slam to give the Cubs a commanding 5-0 lead in the first.

As we have seen all series long, the Cubs have had little trouble grabbing the lead, but holding on to those leads has been a different story. Just ask Smyly how difficult holding those leads have been as he nearly gave that five-run lead right back in the bottom of the first.

With Mookie Betts leading things off with a base on balls, Trea Turner followed that up with a single to put a pair of runners on and no outs. Two batters later saw Will Smith drive in one run with a double before the Justin Turner single made things 5-2. Add a Max Muncy sacrifice fly, and the Dodgers were within 5-3.

Moving to third, the Cubs offense got right back to work as they backed Smyly with plenty of support. Phil Bickford took over for Urias in this inning and was immediately greeted by a Hoerner single and then a walk to Higgins. With two outs, it was David Bote coming up clutch as his first homer of 2022 put the Cubs in front 8-3.

It was at this point in the game when things were looking great for the Cubs, but after Freddie Freeman led off the bottom of the third with a double, Smyly was out of the game with Matt Swarmer called on to pitch. Swarmer not only allowed a Smith groundout to make things 8-4, but the Dodgers pushed across six runs in that inning to take the 9-8 lead.

Gavin Lux worked a bases-loaded walk in that inning to pull the Dodgers within 8-5 before a costly fielding error from Wisdom brought home two more runs and extended what could have been the inning. That error proved more costly than anyone would realize, with Turner singling home the go-ahead runs immediately after as the Dodgers battled back from two five-run deficits in just three innings to take the 9-8 lead.

Now with the lead, it was going to be a battle of the bullpens, which we have all seen the Dodgers outperform the Cubs all weekend. In the Cubs defense, they did a much better job keeping the Dodgers offense in check as they would allow just two more runs the rest of the way.

The problem was that the Dodgers pen was even better as they would allow just one run after that third-inning outburst which proved to be enough to pick up the weekend and series sweep. Three innings after taking the lead saw Freeman add to the Dodgers lead as his solo shot made things 10-8. Freeman wasn't finished as he would add an RBI single in the seventh to make things 11-8.

Throughout the final five innings, the Cubs had plenty of chances to bring home more runs, but couldn't get the job done. Nelson Velazquez has been in a bit of a slump recently, but decided to belt his second MLB homer in the eighth to pull the Cubs to within 11-9. That was followed by a Bote double and the Seiya Suzuki walk as the Cubs were in a position to score more, only to come away empty.

That would be the last of their scoring chances as the Dodgers not only retired the final three hitters in the eighth, including the inning-ending double play by Willson Contreras, but then retired the side in order in the ninth to pick up the win. Brusdar Graterol picked up the two-inning saw for his second of the season.

Hoerner has been on a massive tear for the better part of the month and, after picking up three hits, has raised his average to .306. Bote added two hits, with Velazquez, Happ, and Higgins picking up the rest. The Cubs will have a much-needed off day on Monday before kicking off their next homestand.

Top Christopher Morel News
Top Chicago Sports News of the Week
Partner of ChicagoBearsHQ.com, ChicagoBullsHQ.com, CubsHQ.com, and TigerNet.com
ChicagoSportsHQ is an independent site and is not affiliated in any way with Chicago Professional Sports Teams.