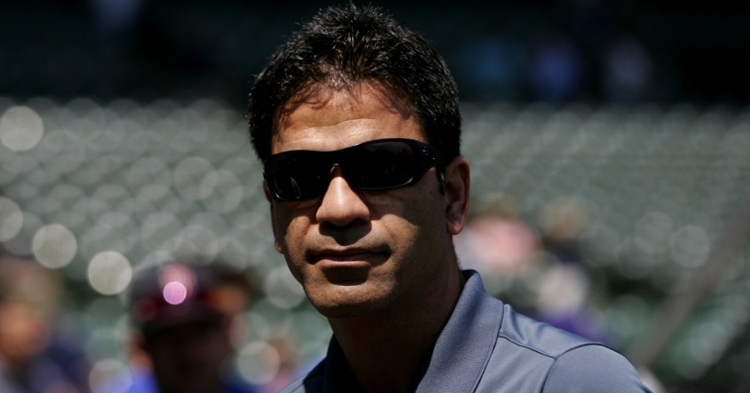 When Theo Epstein took over the Cubs in 2011, he brought with him several familiar faces that helped change the history of the Chicago Cubs forever. Guys like Jed Hoyer, Jason McLeod, and others all played a significant role in the Cubs winning the 2016 world series and helping the Cubs get rid of the lovable losers label.

Over time, the front office saw some of those faces leave the organization for better opportunities, but three names remained intact. After Epstein left before the beginning of the 2021 season, Hoyer took over as the team's President after getting promoted from the GM position. Now one year later, the Cubs front office turnover continues as McLeod will now be leaving the organization making Hoyer the last member of the Epstein crew remaining in Chicago.

The latest of the front office turnover moves is a big one as McLeod was a big name in the Cubs organization for the last decade. Not only did he spend ten years in Chicago, but McLeod was the Senior VP of player personnel, and many thought he would be given a shot at the next Cubs GM job after Hoyer got promoted. That position was eventually given to Carter Hawkins, and now McLeod has informed the team he will be leaving.

Given the timing of the move, you have to wonder if McLeod was holding out hope to become the GM, and when it was announced that Hawkins was getting the job, it seemed like the move was evident, and it made sense for McLeod to leave now. Not only did McLeod oversee the player development side of things, but he played a significant role in building up the top-ranked farm system in 2013 and 2014, which eventually helped the Cubs win the World Series in 2016.

As good as that farm system was, there were plenty of significant flaws that this team exposed since the second half of 2018, making many question how these players were being developed in the minors. McLeod joined this team in 2011 along with Jed and Theo and spent most of his tenure in the scouting and player development side of things. Once the front office began going through the overhaul last season, McLeod was promoted to his new title, where he was doing much more high-level work for the organization.

It made a ton of sense to move him into the GM role, but it became abundantly clear that the Cubs wanted some outside eyes and ears to help this team improve. Whether McLeod left the organization because of an expiring contract or to pursue other opportunities, he will be very difficult to replace as this one hurts the most of all the moves.

Looking back on the last decade of Cubs baseball, it is hard to argue that this was the best run of success since the early 1900s. McLeod was in the middle of it all by helping to draft players like Kris Bryant, Kyle Schwarber, Ian Happ, and Nico Hoerner, and helping develop the farm system into one of the best pipelines league has ever seen.

Sure, that pipeline was gutted in a matter of three years, given the trades, the Cubs made to improve the roster, but the ultimate goal of winning a title was reached. That alone made the moves worthwhile, but the farm system has drastically suffered ever since. McLeod made many decisions about how to develop the players as that was his expertise as a front office executive.

Whatever he did worked for a time, but then the flaws started to show up. I will not hold that against him as I think Theo and Jed impacted how some of these players were developed, but McLeod will shoulder some of that blame, considering that was his title. McLeod wasn't alone in having tons of success, as he brought in several people to work underneath him during his tenure.

Not only were they all on the same page as to what he wanted them to do, but some of them have gone onto GM gigs or assistant GM gigs with other organizations to prove their worth in this league. McLeod is a highly respected individual in baseball, and he will get plenty of opportunities around the league. Whether becoming a GM is his next step or jumping right into a VP or President role with another organization, McLeod will be ready for anything and will have a ton of success.

I would like to wish McLeod nothing but the best in his next baseball journey. He is a great man with a brilliant baseball mind and helped bring the Cubs a championship for the first time in 108 years. He will forever be enriched in Cubs history, but now is the perfect time for him to create his own path and leave his own legacy.