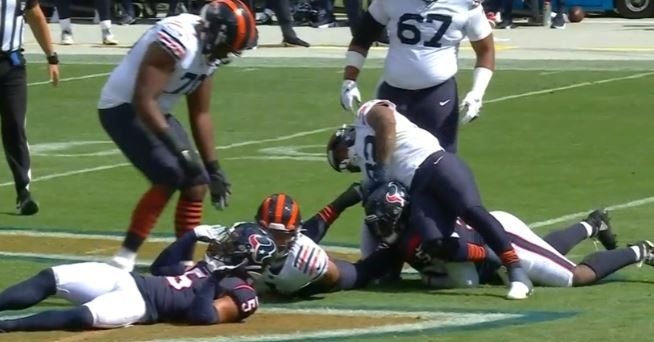 Not good news at all.

Chicago Bears starting running back David Montgomery was injured in the first quarter of Sunday's game against the Houston Texans.

Montgomery's leg was rolled up at the end of a play, and he was down for a few minutes as the training staff looked at him.

He eventually went into the medical tent and is now in the locker room with an apparent right leg injury. Before his injury, he had three rushes for 11 yards.

We will update his status as soon as Bears officials announce it to the media.

The Bears are up 10-0 midway through the first quarter.

Update: The Bears announce that Montgomery is doubtful for the rest of the game with a knee/ankle injury. Also, Byron Pringle is doubtful to return with a calf injury.