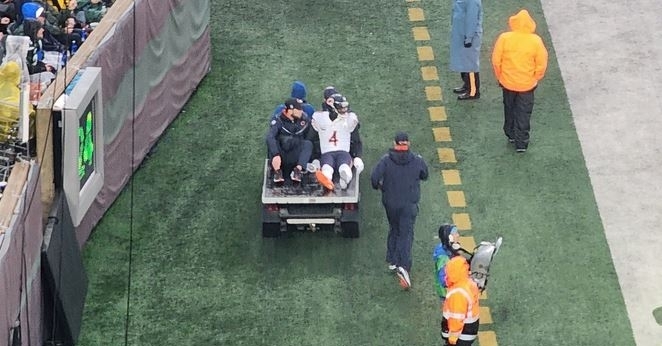 "Bears standout S Eddie Jackson suffered what appears to be a significant Lisfranc injury in Sunday’s game against the #Jets, sources tell me and @RapSheet," Mike Garafolo posted on social media. "Jackson is still receiving opinions on his foot, but he’s considered out indefinitely. Another tough loss for Chicago."

Jackson was injured during a 55-yard touchdown catch and run by receiver Garrett Wilson in the loss against the Jets.

He fell down on the wet field without any contact and had to be helped off the field. He grabbed the area around his Achilles tendon during the play.

Then the Bears' medical staff put him on a cart to take him to the locker room.

He had four interceptions in 12 games this season.

Best wishes to Jackson on a full recovery from everyone at BearsHQ.com.