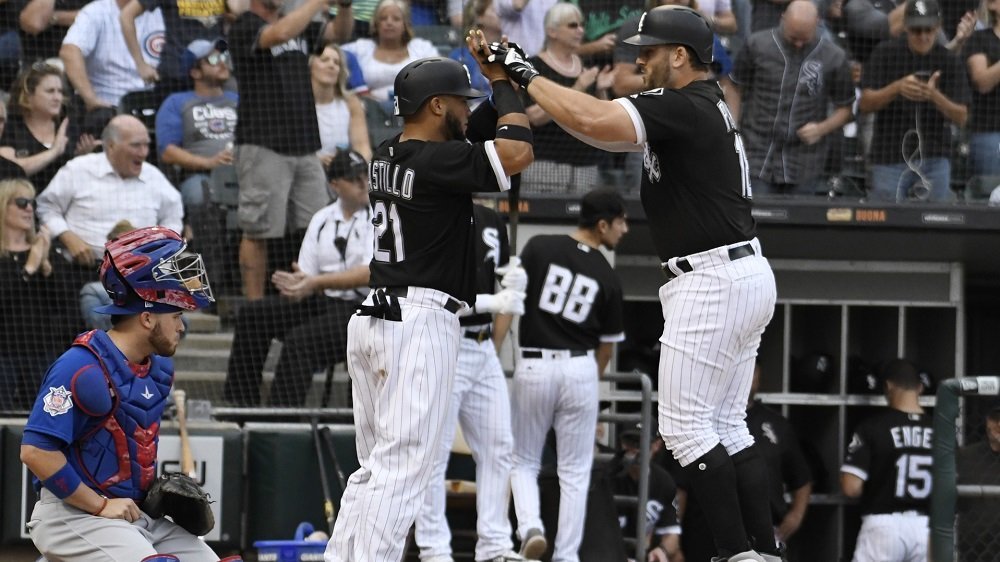 I can’t believe I am even asking this question, but it needs to be addressed. Five seasons ago, the Cubs had not only the best farm system in baseball, but were in year four of their latest rebuild. It was in that season when all the pieces came together as the Cubs reached the NLCS before capturing the world series crown the next season.

Fast forward to this offseason, and those great seasons are now distant memories as the Cubs are at a crossroads for the first time since Theo and Jed started running the front office. Whether through some bad trades, free-agent contracts that didn’t work out, or just core players not developing at the pace they expected, the Cubs are caught in a crossroad and need to decide whether they want to rebuild or find ways to remain contenders.

Less than five miles across town, you have the other Chicago team in the White Sox that appears to have a vision and direction in mind for this season and beyond. After years of struggling, the White Sox went with a much longer rebuild in hopes of contending soon. After dealing away some key pieces to acquire prospects, examples would be Chris Sale and Jose Quintana for the likes of Yoan Moncado and Eloy Jimenez, the White Sox appear to be one of the teams trending in the right direction head of this season.

Add in some big-name free agent signings, and more rumors on the horizon and the White Sox appear ready to do some damage this season. With that being said, I must ask the question of who is in a better position to succeed long term? Is it the Cubs or Sox?

Right now, if we look at the rosters, I will still take the Cubs roster over what the White sox bring to the table, but the gap is closing quickly. The Cubs do have former MVP Kris Bryant, and MVP candidates Anthony Rizzo and Javier Baez which out match anything the White Sox can bring to the table. Add in Nico Hoerner, Jason Heyward and Kyle Schwarber and the Cubs have plenty of flashy names whom have all had great success thus far in their lineup.

Looking at the White Sox, they may not have the start power the Cubs have at this point, but they have a bunch of guys who know how to play together. Looking at some of the big names on the White Sox roster, you immediately look to Jose Abreu at first, Tim Anderson at shortstop, and now new catcher and free-agent acquisition Yasmani Grandal. Of those three, only Grandal has a case to be better than what the Cubs throughout there if we compare position by position.

Another name that could make the rosters that much closer revolves around Nicholas Castellanos and his free-agent destination. Yes, Castellanos has a desire to remain with the Cubs, but at this point, it seems highly unlikely that it happens. That is why the White Sox name has been coming up as possible destinations, and it makes sense for both him and the White Sox in general. If Castellanos does indeed come to the south side, they will be adding another bat to an already improving lineup that will prove huge down the road.

The pitching is what ultimately could determine these teams fates this season as one team appears to be heading in the wrong direction while the other looks to make a name. Looking at the Cubs, their rotation has not only bigger names with the Likes of Yu Darvish, Jon Lester, Kyle Hendricks and Quintana, but a staff that also has a ton of experience in them as well. Add in the high leverage miles from years of pitching and the age of some of these starters and the Cubs are going to be hurting soon if prospects don’t develop quickly.

The White Sox recently signed Dallas Kuechel to a contract to pair him with emerging star Lucas Giolitto, Gio Gonzalez, an improving Dylan Cease and the return of Michael Kopech from TJ surgery and the White sox have not only a young staff but a hard-throwing staff where three guys can touch 96 plus consistently. Although generally, I would choose experience over youth, given the track records of Kuechel and Gonzalez, mixed with what Kopech and Giolitto have shown us, I would take the White Sox rotation at this stage in the game.

With the Cubs having what I think is the better offense and the White Sox, whom I think have the better rotation, it all comes down to the farm system as to who has the best chance of having success long term. Five seasons ago, this question would have the most obvious answer as everyone had the Cubs with the best farm system. That certainly has changed in recent years, and although the Cubs system is getting better, it still is a long way away from being at an elite level.

As of right now, the Cubs farm system ranks 26th in Baseball which is slightly ahead of their 2019 ranking of 29. That slight rise is mainly because of the fast-rising stock in Nico Hoerner along with Miguel Amaya, Brailyn Marquez, Adbert Alzolay and Brennan Davis as those are the five names everyone is starting to become familiar with. Outside those five, the Cubs have tons of players who have the potential to break out, but still seem two or three years away from contributing consistently. I expect their system to reach top 10 potential by 2023 when a lot of their lower level players reach the high-level minor-league ball.

The White Sox, on the other hand, are vastly better than the Cubs coming in ranked 12th in all of baseball. However, they did take a big hit after starting last season, ranked number four. Right now, the White Sox have four players listed in the top 100 in Nick Madrigal, Andrew Vaughn, Kopech, who ranks in the top 50 and Luis Robert, who is a top 25 prospect and best player in the system. Of this group, only Kopech has seen big league time consistently before getting injured with Madrigal the next best in terms of big-league experience.

With Moncada, Jimenez, and Cease all called up in recent seasons, and you can see why the White Sox system took a slight hit but remains strong overall. For the time being, the White Sox are in a better position to contend sooner rather than later because they have the pieces to deal for moves and have demonstrated that they are not afraid to spend money right now.

The Cubs, on the other hand, don’t have the big names to wine and dine a considerable deal and have made it clear that they need to shed payroll before they can do anything. I could ramble on and on about where these teams stand, but the fact remains both sides have the potential to be good both now and the future.

Going back to my original question about who is better in the long run. I still think it is the Cubs oddly enough mainly because of two things. The first thing being the amount of money the team has and will be making that once they get under the Luxury Tax, they will open the wallet to make this team better. The second reason would be players like Rizzo, Baez, and Bryant, all who are MVP candidates, and the very likelihood two of those men will be retained long term gives the Cubs something to build off in the coming years.

On the flip side of things, if I had to join a team this season for the short run, I am going with the White Sox for at least the next two years. Yes, they may not make the playoffs, but they have a great farm system stacked with talent. Have tons of young pieces that are starting to come into their own and have spent lots of money to fill the holes in their lineup. They feel they have a window to compete now and indeed have shown that by the way, they have gone about this offseason. The question is, will they end up like the Cubs and deplete the system to win now, or will they be able to balance, winning, success and longevity.

Both teams are intriguing and have a great argument to be made regarding who has the brighter future. I can’t see the Cubs being down and out too long with their ownership group, and for that reason, I will still take the Cubs long term over the Sox unless something drastic happens to Theo and this organization.