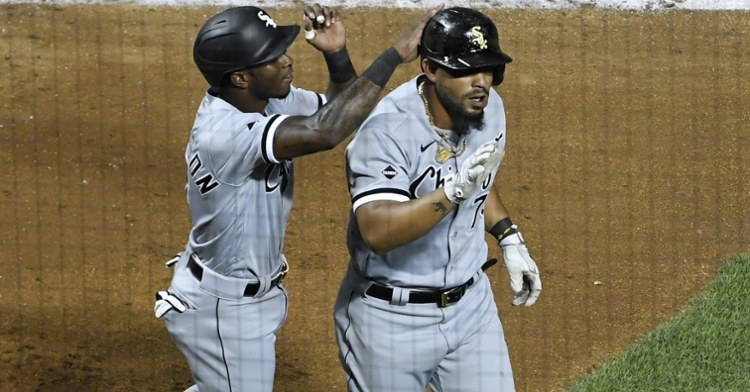 We are about two weeks from Opening Day and less than ten days away from one of three exhibition practice games for the 2020 baseball season. We already know the Cubs will face off with nine teams this season, compiling a 60-game schedule with 20 of those games coming from the AL Central and 40 from the NL Central.

Leading up to the first pitch of the regular season, I would like to take a look at the Cubs opponents this season and break down some key players on their teams that could alter the series’ one way or another.

We will start with the AL Central teams first and move to the NL central next week as we kick things off with the White Sox.

Ever since Interleague play began in 1997, the Cubs and White Sox have taken a cross-town rivalry to a whole new meaning as the two teams now play for what is called the cross-town cup. In a typical season, the Cubs and Sox would square off four times, two games at each place, but this season we get to see six games between the two as the Cubs look to take over the all-time series lead in which the White Sox own the edge 62-60.

South Side fans haven’t had much to cheer about in recent seasons and haven’t had much success since winning it all in 2005, but there is a lot to like about the White Sox team in the future which could lead to this rivalry becoming the most heated it has been in perhaps ever. Not only will these two teams face off on July 19th and 20th for two exhibition games, but the Sox come to Wrigley August 21-23 before the Cubs finish off the regular season at Guaranteed Rate Field Sept 25-27.

On paper, the Cubs have the better roster, but the White Sox are certainly gaining on them in that category. Not only do the White Sox have a plethora of young talent starting to leave impacts on their team from the likes of Yoan Moncado, Luis Robert, fast-rising Tim Anderson and Eloy Jimenez whom the Sox got in the Jose Quintana trade to the Cubs, but the White Sox were also one of the more aggressive teams this offseason in terms of free-agent spending.

After signing James McCann in 2019, who ended up having a career year behind the dish, the Sox went out and grabbed the best offensive catcher on the market this season in Yasmani Grandal as he now is the front runner to lock down the catching position which could move McCann to DH. That instantly gives the White Sox a better offense as you are adding a Bonafede offensive threat to that lineup.

Along with Grandal, the White Sox brought in Edwin Encarnacion, whose best days are behind him, but he still has 30 homer potential in that bat if given a chance. Add in the Nomar Mazara pickup to go with Jose Abreu and Jimenez in the middle of that lineup, and you have the potential of five players who can hit 20-30 homers if not more had this been a full 162 game season.

Chicago should have no trouble scoring runs on a more consistent basis this season, but once again, the success of this team will come down to their starting pitching, which was not very good last year. Except for Lucas Giolitto, who came out of nowhere to be one of the premier pitchers in the AL last season, the rest of the White Sox staff ranked near the bottom in baseball, which they are hoping will improve this season.

Having a healthy Michael Kopech back will be a big help in that department, but losing Carlos Rodon to Tommy John last season hurts them in terms of losing their top lefty in the rotation. To fix the spot left by Rodon, the Sox went out and signed veteran southpaw Dallas Kuechel who will be looking to build on his strong end of the season with the Braves last year and re-establish himself as a top 10 lefty when healthy. The trio of Giolitto, Kopech, and Kuechel is enough to give anyone fits as the White Sox should be in good hands at the top of the rotation.

The bottom of the rotation is where things will be interesting as Reynaldo Lopez and off-season acquisition Gio Gonzalez could round out the final two spots to give the White Sox a solid five-person front. Players like Dylan Cease (Quintana trade), Carson Fullmer and others all have a chance to earn some starting nods throughout the season as the White Sox have done a great job at building overall depth the past few seasons.

One thing the White Sox did have going for them was a strong bullpen last season, which was anchored by closer Alex Colome. Pitching to a 2.80 ERA and recording 30 saves in his first season on the south side, Colome certainly proved he can still close games at an elite level after some successful seasons with Tampa Bay. The White Sox bullpen added a very good arm to the late innings this offseason when they plucked former Cub Steve Cishek in free agency for a multi-year deal. Cishek, along with Kelvin Herrera, should give the Sox three options that could shorten the game for many teams.

Season Series outlook: Coming into spring training before the COVID-19 pandemic happened, I had the White Sox pegged as a dark horse team that was going to finish third in the division at .500, but with a chance to finish above .500 also. They have tons of young talent, a great farm system, and a group of veterans who want to win, so this team has a ton to play for this season.

In a shortened season as we have now, this doesn’t favor the Sox as much as it did considering they are still young and will be trying to win. Come September, however, this will be a team that no one wants to play. For some reason, when the Cubs meet the Sox, they tend to play down to the South Siders instead of taking them to the cleaners when they are down. Whether that is the whole rivalry factor or whatnot is unknown, but the White Sox are no longer going to be pushovers, so the Cubs need to be ready.

I see the two teams splitting the season series once again 3-3, with each side taking two out of three at their venue. The cross-town cup is undoubtedly a rivalry to watch over the next decade as the Sox are starting to do what the Cubs did five years ago when they began to spend money once their prospects arrived. Depending on what happens to each teams’ cores over the next few years, we could have a Windy City world series soon, and that would be huge for the city of Chicago and the MLB world.