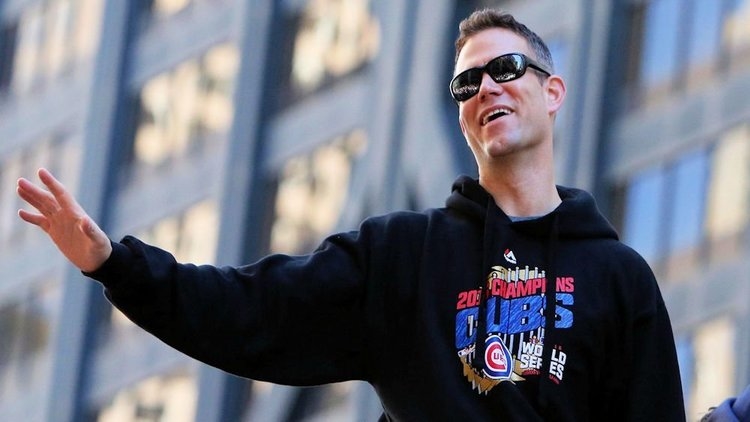 Today on Chicago Sports HQ Chatter, Cole Little and I get right into what happened with Theo Epstein and his break up with the Cubs. Was it preplanned to happen this way, was there more to it?

Now that he is out of the picture, what does that mean for new Cubs President Jed Hoyer and the short term outlook of the team as well as the long term future?

With the NBA draft now over, we dive into what the Bulls did on draft night and how things set up for this franchise. Did they make the right pick at No. 4 or was there better options to be had.

With NBA free agency still in effect, what are the Bulls looking at doing in order to acquire the veteran point guard they are searching for. Would Kemba Walker be a smart move and give the Bulls just another offensive weapon to showcase with this young group of stars. We next discuss the state of the Bears and what happened Monday night. Is next Sunday a must-win game for them if they intend to make the postseason. Should both Matt Nagy and Ryan Pace be on the hot seat, or is one in higher water than the other?

Notre Dame picked up a solid road win and now has a week off to prepare for UNC. Is this the only opponent left standing in their way of reaching the ACC title game or should the Irish be on upset alert during these final three weeks? With Northwestern moving to 4-0, this weekend's matchup with Wisconsin could set them up for the Big 10 title.

Cole and I look at the game and dive into what both Wisconsin and the Wildcats do best. What are the chances Northwestern has to knock off Bucky?

We close out the show by breaking down Illinois win vs Rutgers and the continued struggles of Northern Illinois. Are the Huskies on the verge of going winless this season and will Illinois use this win to jumpstart their campaign?

Don't forget Cole and I will be back on the normal Wednesday schedule next week as the holidays are alive and popping.