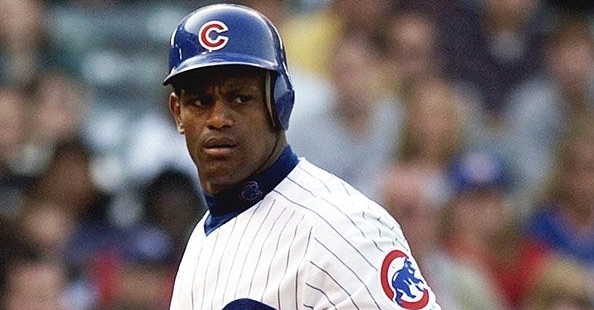 A few Sundays ago ESPN aired a documentary about the 1998 home run chase between the Cardinals’ slugger Mark McGwire and Sammy Sosa of the Chicago Cubs.

That chase to break Roger Maris’ single-season home run record and by how much was the highlight and peak of an era that is ultimately remembered by the substances taken by the athletes to create remarkable results on the diamond.

By the end of the season, McGwire set a new record for home runs in a single season with 70 ( which was broken a few years later by Barry Bonds) and Sosa was not far behind with 66.

When you think of those three players, three things typically come to mind:

They may not be in that particular order but when you think of these players, those three aspects of their legacies generally creep into your thinking.

McGwire and Bonds eventually came clean about their use and involvement in performance-enhancing drugs and have since been welcomed back by their perspective organizations despite their transgressions to the integrity of baseball.

Sosa, on the other hand, has insisted that he did not have involvement or use performance-enhancing drugs and has never apologized for his alleged use. The large story is that the Cubs have yet to reconcile with Sosa and or welcome him back to Wrigley Field since his departure from the Cubs in 2004.

And, the fact of the matter is, all three players have not been shown much love from the baseball writers in charge of voting for the Hall of Fame. Over the years Bonds’ chances at eventually ending up in Cooperstown have gained some traction, but Sosa and McGwire are very far from baseball immortality.

But here is the part that I think the voters overlook. After the baseball strike in 1994-1995, attendance and viewership of the nation’s former national pastime had been on a massive decline. Whether or not they had been suggested by the owners to used performance enhancers, the massive increase in home runs brought a massive increase in fans back to the game of baseball.

That was never more prevalent than during the summer of 1998 when Sosa and McGwire’s at-bats were must-see prime time TV every time they stepped to the plate.

Regardless of if the rules were bent or broken, the home run chase of 1998 saved the game of baseball. The home runs were exciting and they drew fans. A new generation of baseball fans was brought to the game and for that, the likes of McGwire, Sosa, and Bonds should be recognized — perhaps with a separate wing of Cooperstown dedicated to steroid users or the steroid era.

Last season when baseball needed an uptick in viewership they decided to juice the balls instead of the players, and as a result home runs and revenue increased in 2019.

It seems, for now, we have avoided a baseball strike, but ugly labor negotiations in the middle of a global pandemic between the league and the players have hurt the look of baseball. It is unknown what will come of a collective bargaining agreement in 2021, or the 60 game season that awaits us.

If baseball needs to be saved again, let’s make sure we properly appreciate the players responsible for saving it.

On that note, the documentary hoped to serve as a stepping stone to a reunion between Sammy Sosa and the Cubs. Sosa did so much for the team, the city and the game — he deserves to be back at Wrigley, let’s hope that day comes sooner rather than later.