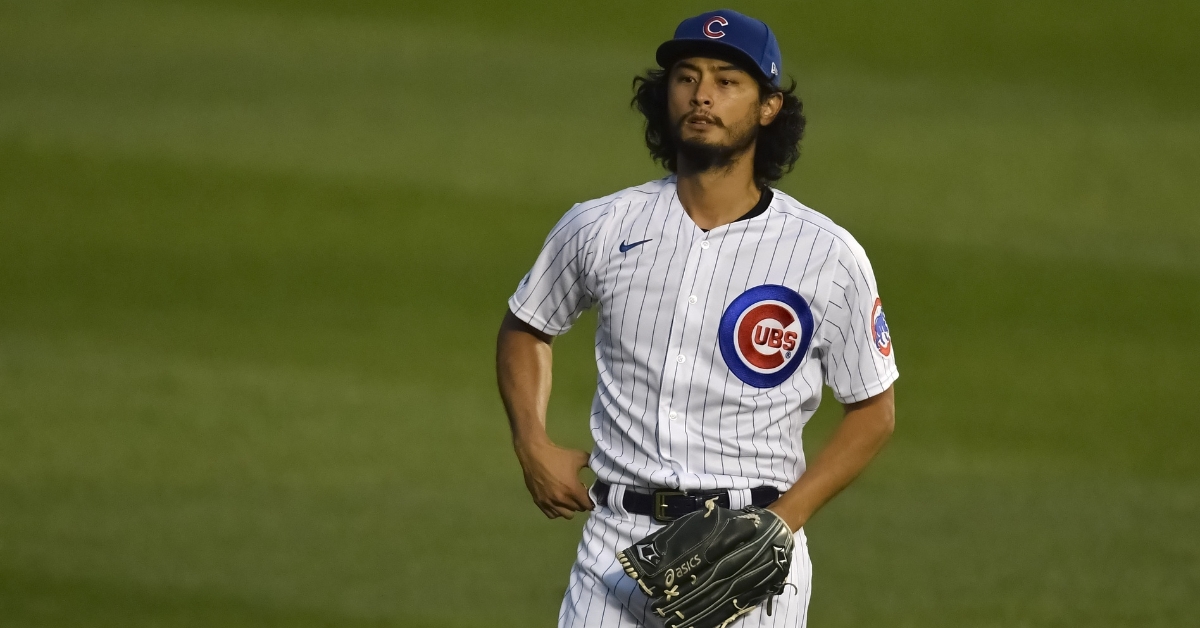 CHICAGO — The final score of 3-0 proved symbolic as the Chicago Cubs (25-19) suffered their first shutout loss of the season. With Cubs ace Yu Darvish and Cincinnati Reds (19-24) ace Trevor Bauer squaring off for the second time in recent weeks, Bauer came out on top, striking out 10, walking zero and giving up only three hits in 7 2/3 scoreless innings.

The last time that Bauer and Darvish pitched against one another, the Cubs skunked the Reds 3-0, and the same outcome occurred in Tuesday's series opener. Needless to say, the tables turned at Wrigley Field on Wednesday. Darvish's lone blemish was a costly one, as he got taken deep by Mike Moustakas for a three-run homer in the top of the first. The North Siders failed to record a hit until the fifth inning and were never able to score.

.@BauerOutage's 71 K are the most by a Reds pitcher in his first 8 appearances of a season! pic.twitter.com/geKPzFrlRS

T1: After losing 3-0 to the Cubs in the previous game, the Reds wasted no time ensuring that they would not get shut out again in the second installment of the three-game set. Darvish walked a pair prior to giving up the aforementioned three-run blast to Moustakas with two outs. The go-ahead dinger sailed 401 feet out to right. Javier Baez committed a throwing error on the next play that enabled Shogo Akiyama to reach second on what could have been a groundout. However, Darvish escaped the opening frame without getting taken for any more runs.

B1: The Cubs went down in order their first time up to the plate.

T2: Darvish struck the side out swinging in a dominant second-inning performance.

B2: The wind helped Kyle Schwarber make it all the way to second after skying a popup to shallow right. Shortstop Freddy Galvis was stationed there on a shift, but he was unable to catch the pop fly, due in large part to the gusts blowing through the Friendly Confines. However, Galvis' fielding error did not lead to the Cubs getting on the scoreboard.

B3: Chicago remained hitless through three.

T4: Brian Goodwin drew a two-out walk before stealing second. Galvis struck out after that.

B4: Bauer hit Willson Contreras' elbow guard to kick off the bottom of the fourth. The star right-hander bounced back after the hit by pitch and struck the next three batters out.

B5: Victor Caratini broke up Bauer's no-hit bid with a leadoff single. He was then doubled off on a lineout by Jason Heyward that Joey Votto snagged at first base.

T6: Cincinnati failed to reach base in Darvish's final inning toeing the rubber. He finished with nine punchouts and has now produced eight quality starts in a row.

B6: Bauer continued to keep the Cubs in check, breezing through the sixth.

T7: Josh Osich pitched the top of the seventh. Galvis hit a two-out base knock but did not advance beyond first.

B8: Heyward hit a single with one away and made it to third base thanks to a two-out single by Ildemaro Vargas. Vargas, who was called up earlier in the day, started at second base as part of his first Cubs appearance. Bauer was taken out after that, and he taunted the Cubs' dugout as he walked off the field, adding to the chippy nature of the 2020 Cubs-Reds rivalry. Lucas Sims relieved Bauer and got out of the inning with one pitch, as Ian Happ lined out right to Moustakas at second on the first pitch of his at-bat.

T9: Craig Kimbrel worked through a scoreless ninth. He picked off Akiyama at first to end the half-inning, with Anthony Rizzo applying the tag. The Cubs challenged the safe call on the play, and it was overturned, which, adding to the 3-0 symbolism, made the North Siders 3-0 on challenges in the contest.

Also in the top of the ninth, Eugenio Suarez struck out for the fourth time on the night, giving him the dreaded golden sombrero. The notorious Cub killer went 0-for-4 for the second consecutive game, making him a shockingly woeful 0-for-8 in the series.

B9: The Cubs failed to put a man on base in an uneventful last-ditch effort at the dish. Raisel Iglesias finished Chicago off for his sixth save. Bauer improved to 4-3, and Darvish dropped to 7-2. Sims picked up his third hold.

The game was played on Roberto Clemente Day, which was celebrated around the league. Baez and Caratini, who are both Puerto Rican, wore No. 21 jerseys in honor of the Puerto Rican icon, as did Darvish and Heyward. Furthermore, Heyward was recently named the Cubs' nominee for the 2020 Roberto Clemente Award, and he received his trophy prior to the contest.

The first time the Cubs have been shutout all season!@Reds win 3-0 at Wrigley! pic.twitter.com/0tzhwp86wb

Up Next: The finale of the three-game series will commence at 7:15 p.m. CDT on Thursday, Sept. 10. Expect a cloudy, windy night in Chi-Town. Making for a pitching matchup featuring two righties, Chicago's Adbert Alzolay (0-1, 2.08) and Cincinnati's Sonny Gray (5-2, 3.19) will go toe to toe in the final meeting of the regular season between the Cubs and the Reds.