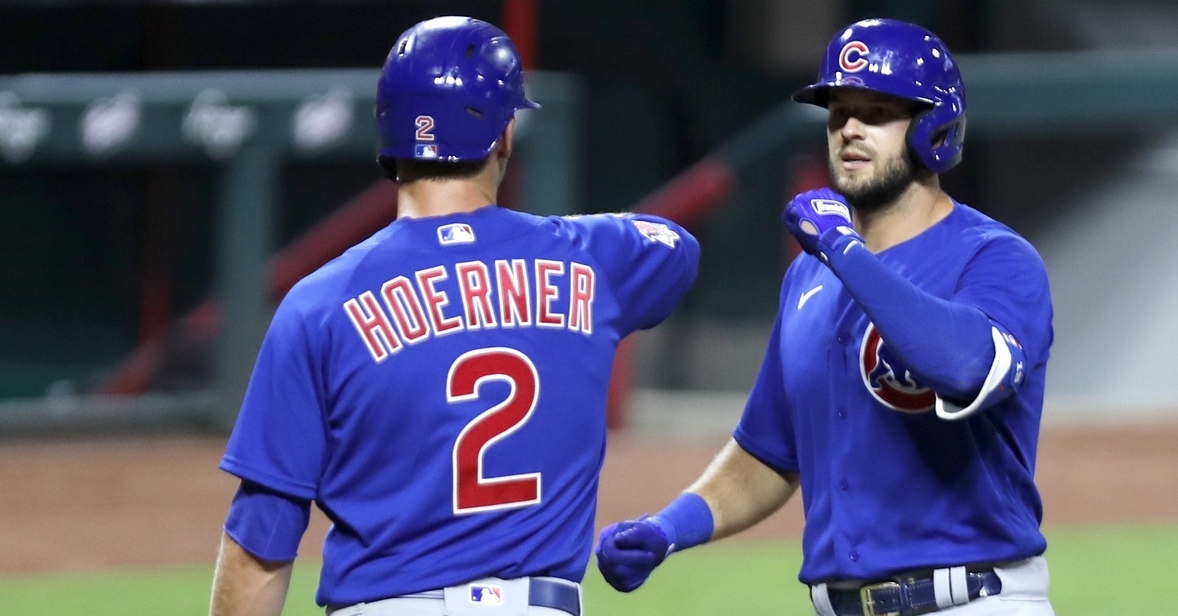 Now that the murderer's row of a homestand is complete, the Cubs are set to hit the road for a three-city, 11-game trip starting on Monday. Looking at the opponents they face and the records of these opponents, anything less than a winning trip will be a huge disappointment, but it won't be easy.

Hopefully, the Cubs can kick off the trip with some winning vibes as they make the rare trip to Detroit to take on the struggling Tigers. I will never come out and say any win is a gimme win, but these are not only the games but the series the Cubs need to have if they want to get to the postseason. Maybe this is precisely what they need to get both the offense and starting pitching back on track. Let's look at the pitching matchups.

Looking to bounce back from his worst start as a Cub, Mills is looking to get back to his winning ways after dropping his last two starts. In-game one of the Cubs Double-Header with St. Louis on Wednesday, Mills was tagged for 6 ER in just 3 2/3 innings, but four of those came off a Matt Carpenter first-inning grand slam.

The problem wasn't the grand slam he allowed in the first, but instead, the constant hard contact Mills allowed throughout the outing. All season long, he has been among the league leaders in soft contact, but that was not the case on Wednesday. It will be crucial for Mills to locate his pitches and avoid the hard contact yet again.

Opposing Mills will be the Tigers 2018 first-round pick in Casey Mize. In his major league debut against the White Sox, Mize lasted 4 1/3 innings striking out seven in a no-decision effort. This will be the first home start of his career as he will be looking for better results. None of the Cubs hitters have seen Mize, which could be a problem, but we will see once the game starts.

While the Cubs have not formally announced a starter yet for Tuesday's contest, and we should know more about that later today. Until that point, David Ross has plenty of options to chose from and needs to figure out which way to go. For starters, Jose Quintana appears ready to return to this team, although his role has yet to be determined. He could be an option to get the ball in game two.

If healthy, Tyler Chatwood can also take the ball as his stint on the IL should end. Ross has stated that he needs to discuss options with both pitchers to get a sense of how they feel and where his head is. Should neither one of them look for Adbert Alzolay to get another crack at Colin Rea as the last option?

Whatever the Cubs decide to do, the Tigers will turn to Spencer Turnbull, who is quietly productive. Despite a 2-2 record, his ERA has been solid all season, turning a 3.65 up to this point. He has pitched the best in the Tigers rotation this season but has struggled with command his last two outings. That is something the Cubs may be able to take advantage of given how they lead the league in pitches per plate appearance. Only Jason Kipnis and Josh Phegley have seen Turnbull, with Kipnis posting a 333 average in 13 at-bats.

Lester has been knocked around a bit his last two starts, but nothing was like his previous outing. For just the second time in his career, and first time as a Cub, Lester was rocked by the home run ball allowing four homers to the White Sox. Add in the two from the Brewers in the outing before that, and Lester has now allowed six long balls in two starts.

While that is uncharacteristic of Lester, he has been more prone to the long ball over the past few seasons as he no longer is the power pitcher he once was. Fortunately, the Tigers don't have the thunder the Brewers or the White Sox possesses, which could be an excellent confidence booster of a start. Plenty of Tigers in this lineup have minimal experience against him, but it is Miguel Cabrera who has the best numbers hitting a 667 off the lefty.

Opposing him will be the Tigers ace coming into the season in Michael Fulmer. To say this season has been a struggle for the hard thrower is an understatement with nothing going in his favor. Much like Turnbull's last outing, Fulmer battled tons of command issues in his previous start leaving him frustrated all game long. He allowed five runs in just three innings, which offset a pleasant surprise with his increased velocity earlier in the season.

When he is on, Fulmer is a guy who can be very difficult to hit, which the Cubs experienced against him back in 2018. Once again, Kipnis is a guy who is very familiar with Fulmer as he has posted a 333 average off him in his career. Most of the regular starters have seen him that one time at Wrigley, so they have some although limited experience.

This shouldn't come as a surprise to anyone, but the Cubs offense is the X-Factor this series. For the past three weeks, the Cubs offense has ranked near the bottom of the MLB in nearly every category, but somehow is still finding ways to win. Against a staff like the Tigers, there is no excuse that this team shouldn't score a minimum of five runs.

If the offense shows up and the pitching continues to do their thing, you must like the Cubs, chances in the series. Suppose we continue to see those same offensive struggles against this team. In that case, Chicago is talented enough to win the series, but that will become a more significant concern pushing toward the trade deadline.

That win over the White Sox was huge yesterday, not only because it ended the Sox winning streak, but it was an excellent confidence booster. This series shouldn't be as difficult, and anything short of a series win will be a failure in my book. The Cubs are better in every facet of the game than the Tigers, and it is time for them to wake up from this funk they are in and prove it.

They are the better team, and these are the series they need to win to continue to lead the Central. I think the Cubs will sweep the Tigers mainly because their pitching should be able to neutralize the Tigers bats enough for the offense to get it done. Should the Cubs drop one game, I wouldn't be shocked, but regardless they will take this series and get set for a long weekend in Cincy.