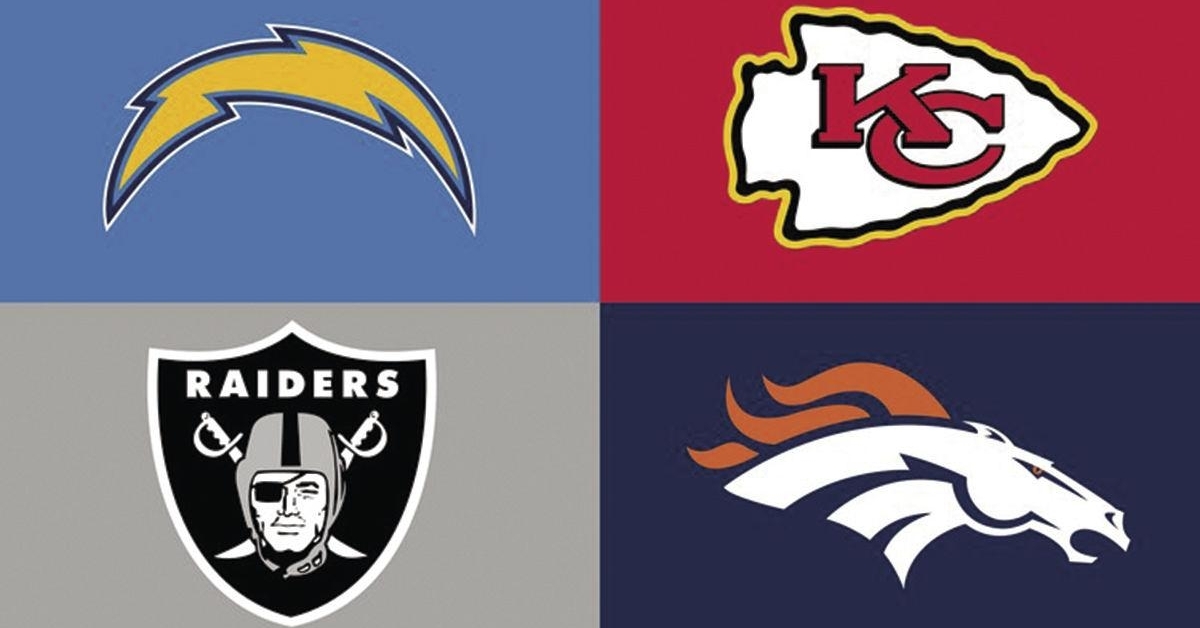 We have reached the final division to cover in the history of the Bears' divisional records. Next week we will be getting into other stories, but for the time being, it is time to focus on the AFC West. What can you say about this division other than good luck beating the Chiefs the next decade. After winning the Superbowl this past season, Patrick Mahomes and the Chiefs agreed to a 10-year extension leaving him in KC the next 12 years.

To compete with that, it seems that everyone else in the division, especially the Broncos built their teams around speed this offseason. If you can't beat them, join them, I guess, right. Historically, this is a division that has had a ton of success with all four teams making the Superbowl at least once with Denver playing in the most at seven and joining Oakland winning the most at three. Here is how the Bears have fared against this crowd.

DENVER BRONCOS: Since winning their last Superbowl and the departure of Peyton Manning, things have not come easy for the Broncos as they have yet to make the playoffs since. Given the way they finished last season and former Bears defensive coordinator Vic Fangio running the show, there is a good chance this team could be on the rise sooner rather than later.

The Broncos had a ton of success as a franchise, with most of that success coming in the 1980s and '90s before getting back to the Superbowl not that long ago. Chicago has fared well against a team with some excellent QB play as the Bears have managed to post an 8-8 record against Denver thus far. Surprisingly, Chicago was on the losing end of a 6-3 decision in their first-ever meeting and lost three of the first four in the series.

Chicago then went on to win three straight in the early '80s, and the teams have been nearly dead even since with the Broncos going 5-4 against Chicago since 1983. After losing two straight against Denver and going 12 years without a win, Chicago got back on the winning side of things last year when they managed to beat their former coordinator on the road 16-14 as Eddy Pinero drilled a game-winning field goal as time expired.

LOS ANGELES CHARGERS: I still will never get used to saying the Los Angeles Chargers as to me they will always be San Diego. Enough about that as the Chargers are a frustrating franchise at times, often boasting some of the most talented rosters on the field and still nothing to show for it. Since Norv Turner left as their head coach in the early 2000's, this is a team that has struggled to win postseason games even with Phillip Rivers at QB for 15 seasons.

Chicago has seen firsthand how good the Chargers can be one season and how bad they can be in another as they hold a slim 7-6 lead in the series. Much like when they met the Broncos for the first time, the Bears were on the losing end of the scoreline 20-7 in 1970 and went on to lose the first three games of the overall series and four of the first five.

Since that rough start, it has been all Chicago however, as they have gone 6-2 against the Chargers since including a four-game winning streak from 1993 through 2003. Following a 2007 loss, the Bears went on to win the next two of the series before the Chargers found a way to edge them out at home last season 17-16. What made that loss even more frustrating is that it not only hurt the Bears postseason chances, but it was the Chargers' first win in Chicago since that 1970's inaugural game.

LAS VEGAS RAIDERS: For the first time since the inception of this franchise, the Raiders will be moving out of California as Las Vegas will be their new home. After years in Los Angeles, followed by success in Oakland, times have been rough as the franchise is hoping a relocation can motivate them to deliver some strong football.

Another series that has gone back and forth throughout is the Raiders, who hold the slightest of leads at the moment as Chicago has gone 7-8 against the franchise. The common theme of this division is the Bears' inability to beat these teams during their first meeting and in 1972 that held true again with the Raiders knocking off the Bears 28-21. Chicago went on to lose the first three of this series also but have gone 7-5 since.

Following their slow start against the Raiders, the Bears evened things up with three wins of their own from 1981-87 before the Raiders got back in front, winning three of the next four. Chicago started off the new Millennium with a pair of wins against Oakland and has won three of the last five overall. However, the Raiders were able to steal the all-time series lead back from the Bears this season as they managed to top Chicago 24-21 across the pond in England.

KANSAS CITY CHIEFS: Alright Bears fans finally we have come to the Kansas City Chiefs the defending Superbowl champions. Not to twist the knife a little deeper or anything, but I have to wonder what the Bears front office is thinking four years later and seeing what Mahomes has done knowing they could have had him.

Not to dwell on that anymore because it is over and done with, but you have a Bears that has battled the Chiefs over the years and has done an admirable job holding the slim 7-6 lead in the series. Once again, the Bears got off on the wrong foot in their first-ever meeting in 1973 19-7 but responded with three straight wins and four of the next five after.

Since the 1996 win by the Chiefs, the teams have played to exactly a 500-mark going 3-3 against each other over those six games. That included the Kansas City win this past season 26-3 over Chicago as they have now won two straight games at Soldier Field. The last win for the Bears came pre-Mahomes in 2015 when Chicago walked into Arrowhead and earned a rare 18-17 win.

Overall Record 29-28: This is about as close as you can play a division with only the Raiders having a winning record against Chicago, but narrowly. Outside of that, the bears are basically 500 against everyone in this division, and when you look at the historical marks, you can see why. They generally face off against each other every four years, and it seems like back in 2015, the Bears went 3-1 as opposed to 1-3 this year. That trend is something that has gone on this entire series where the Bears will fare well one year against the West, but not so well the next. When they get together in a few years once again, we will see if that trend continues.