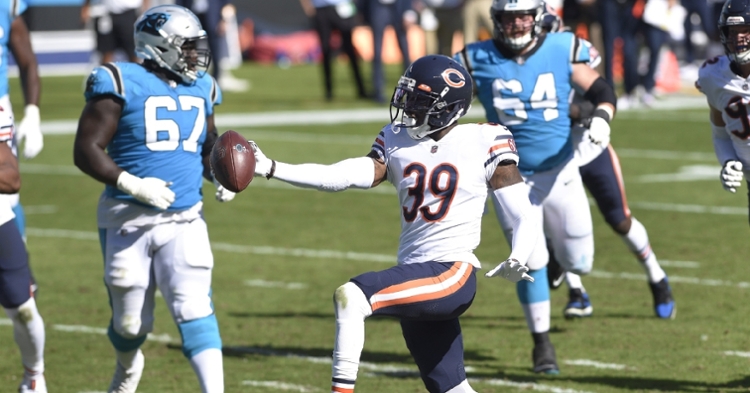 Not great news for a struggling Bears squad.

The Chicago Bears announced on Tuesday that standout safety Eddie Jackson has been placed on the reserve/COVID-19 list.

According to Bears insider Adam Hoge, he was on the list "due to a close contact from a person away from the team facility."

Jackson was not at practice today, but it is still possible that he could play against the Packers on Monday night because there is only a five-day minimum rule after testing.

In 2020, he has 58 tackles, two pass breakups, three forced fumbles, and a fumble recovery.

In four seasons with the Bears, he has 242 tackles, 10 interceptions, 28 pass breakups, seven forced fumbles, and six fumble recoveries.

The Bears drafted him in the fourth round out of the 2017 NFL draft out of Alabama.