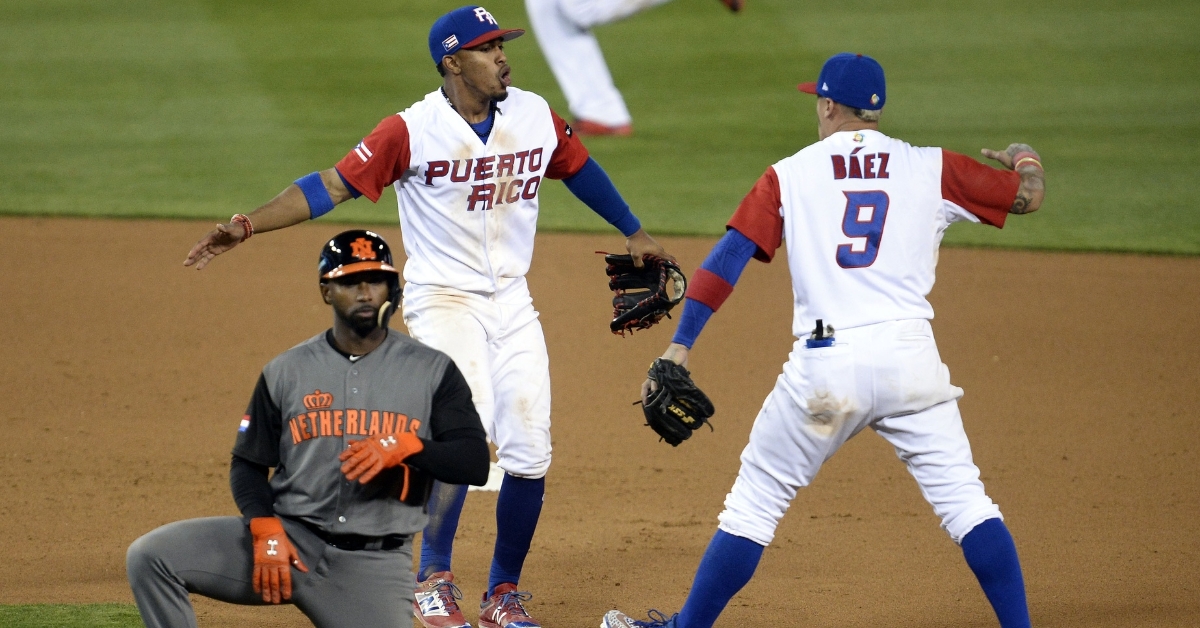 Javier Baez and Francisco Lindor have played together for the Puerto Rican national team. (Credit: Gary A. Vasquez-USA TODAY Sports)

CLEVELAND — In addition to being two of the best shortstops in baseball, Javier Baez of the Chicago Cubs and Francisco Lindor of the Cleveland Indians are close friends. The infielders are natives of Puerto Rico and have played together for the Puerto Rican national team, winning a silver medal at the 2017 World Baseball Classic. Both players relocated to Florida as youths and were high school baseball standouts in the Sunshine State.

With the Cubs and the Indians in the midst of a two-game series at Progressive Field in Cleveland, Baez was asked about Lindor during a press conference on Wednesday. "Javy" offered up high praise of Lindor, referring to him as "the best," but Baez made sure to add that he is the one and only "El Mago."

Having played shortstop his entire career, Lindor, who has won two Gold Glove Awards, is arguably the best defensive player at his position in the majors. Baez, on the other hand, has split time between shortstop and second base and is still gunning for his first Gold Glove. With that being said, nobody makes more magic happen in all aspects of the game quite like Baez, meaning that he is one of one in a league of his own.