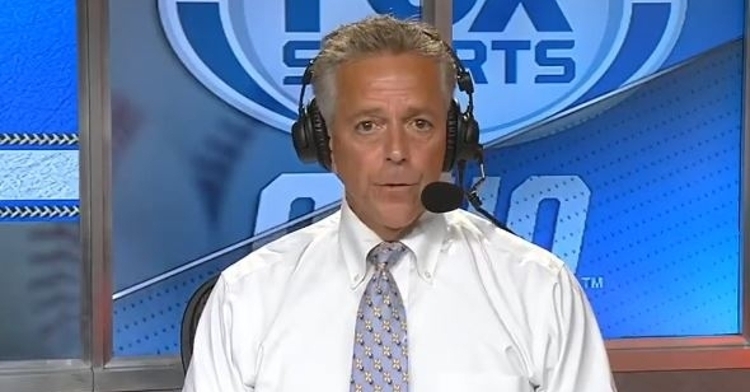 Thom Brennaman's Aug. 19 broadcast, during which he uttered an anti-gay slur, proved to be his last with the Reds.

CINCINNATI — On Aug. 19, Cincinnati Reds announcer Thom Brennaman caused quite a stir by using an anti-gay slur during a broadcast, not realizing that he was on air at the time. Brennaman, the son of iconic former Reds radio announcer Marty Brennaman, served as the play-by-play man for Reds television broadcasts, but that tenure officially ended on Friday.

Brennaman, 57, was indefinitely suspended following the Aug. 19 incident, which resulted in him apologizing on air before being replaced by another commentator during the very same broadcast on Fox Sports Ohio. In addition, Brennaman was left off the NFL on Fox broadcasting lineup this year.

There were expectations that Brennaman would aim to gain his job back as the Reds' play-by-play man next season, but that speculation ended when he resigned on Friday via an announcement made to WCPO-TV reporter Evan Millward. The Reds organization followed up Brennaman's resignation by releasing a statement thanking Brennaman for his service to the franchise.

Read the statements from Brennaman and the Reds below:

BRENNAMAN: His statement to me today - @WCPO pic.twitter.com/v8jB1CE5Q9