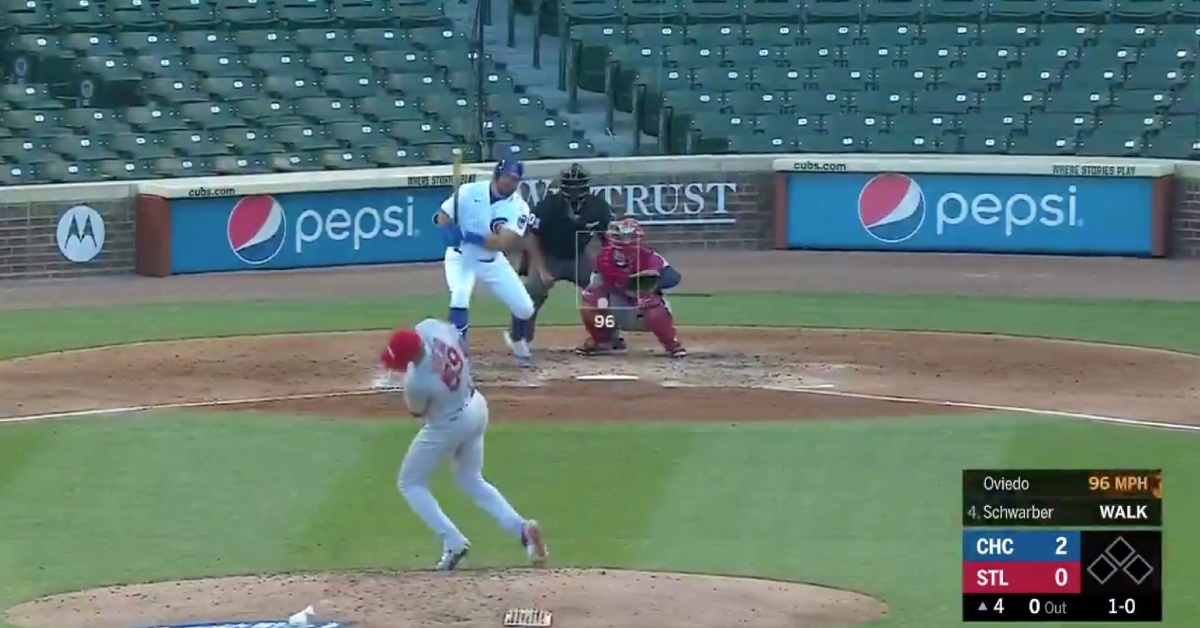 Johan Oviedo narrowly avoided getting drilled in the face by a line drive hit off Kyle Schwarber's bat.

CHICAGO — Making his big league debut, St. Louis Cardinals prospect Johan Oviedo started on the mound at Wrigley Field on Wednesday. Oviedo's outing against the Chicago Cubs nearly came to a screeching halt when Kyle Schwarber hit a rocket right back at him, but, thankfully, Oviedo was able to glove the line drive.

Schwarber was more shaken than Oviedo by the play, which saw a comebacker head right for Oviedo's face. Oviedo stuck his glove up and was able to make the catch in the nick of time. Afterward, Schwarber and members of the Cardinals' coaching staff checked on Oviedo to make sure that we was all right, and the young righty remained in the game.

A 109-mph look-what-I-found catch by Oviedo on a Schwarber scorcher back at the mound. Schwarber waits a moment to make sure the Cards pitcher is OK. He is. Ball rocketed into the glove.