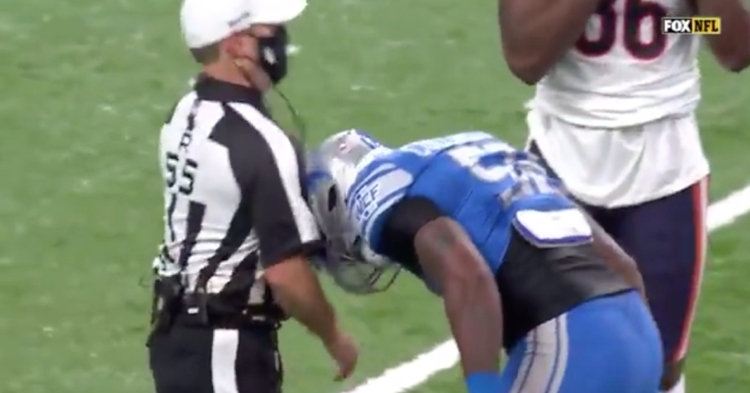 DETROIT — It is only Week 1 of the 2020 NFL season, and there has already been a wacky ejection. Detroit Lions linebacker Jamie Collins Sr. was thrown out for lightly headbutting a referee's stomach early in the second quarter at Ford Field. Why exactly Collins did that is not exactly evident, but he was probably trying to explain how an opposing player hit him with the crown of his helmet.

With the Chicago Bears and the Lions tied 3-3 early in the second quarter on Sunday, the Lions lost the services of one of their top defensive players. A player making contact with a referee can always lead to an ejection, and Collins learned that the hard way when he inexplicably attempted to provide a visual aid to a referee regarding how another player lowered his helmet when making contact.

Lions LB Jamie Collins was ejected after making contact with an official with his helmet. pic.twitter.com/yvSAH5lwZ7