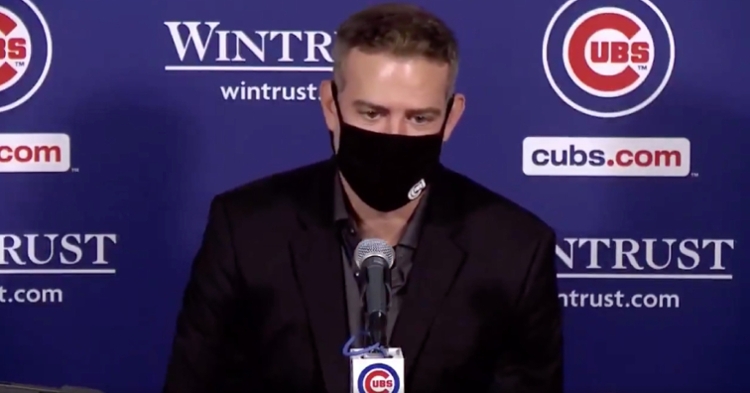 CHICAGO — Chicago Cubs President of Baseball Operations Theo Epstein held his annual end-of-season press conference on Monday, with media members asking the front office maven about his job status and plans for the offseason ahead. Fresh off failing to reach the National League Division Series for the third season in a row, the Cubs should be preparing for the possibility of Epstein and general manager Jed Hoyer enacting significant changes in the offseason.

"I woke up this morning thinking of how we can improve for long-term success," Epstein told reporters.

While Epstein did not directly address whether or not he intended to remain with the Cubs beyond his current contract, which expires following the 2021 season, he certainly indicated that he plans to be a part of the current offseason in its entirety. There were murmurs over the weekend that Epstein's upcoming meeting with Cubs Chairman Tom Ricketts would involve Epstein's resignation, but Epstein assuaged those fears in his presser.

"After every season, we get together ... and we talk about the state of the club, the state of the organization, what lies ahead in the future, how to improve going forward and how to position ourselves for long-term success," Epstein said of his meeting with Ricketts. "We were hoping to do it quietly and behind the scenes. We'll still do it as quietly as possible."

In addition to talking about the state of the Cubs' front office and his role in it, Epstein touched on the Cubs' performance on the field in 2020. He addressed the hitting inconsistencies that hindered the team's success. While Epstein avoided directly insinuating that he and Hoyer were looking to shake up the roster, he implied that major changes could be coming. Epstein even offered a defense of the Cubs' players by referencing the shortened season.

"It's appropriate to recognize the limitations of a 60-game sample, relative to a 162-game sample, and what that means," Epstein said. "But it's also important to recognize that these games counted ... and we were competing and giving everything we had to win."

The full press conference can be viewed below: