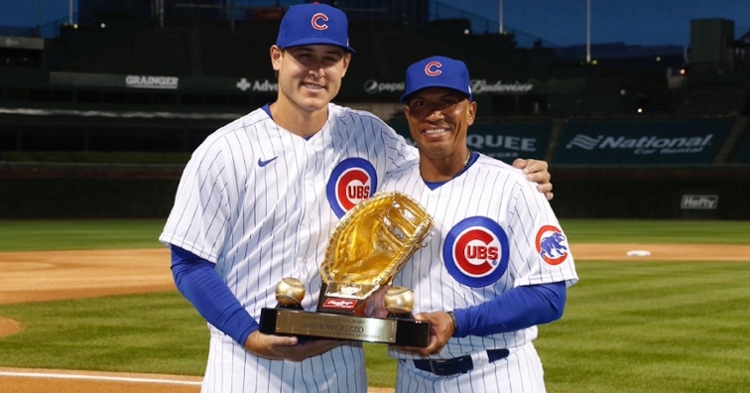 CHICAGO — Chicago Cubs first baseman Anthony Rizzo won a Gold Glove Award for his outstanding defense last year, and he received the trophy to commemorate his achievement on Tuesday. Cubs assistant coach Franklin Font presented Rizzo with his award prior to the Cubs' contest with the Cincinnati Reds at Wrigley Field.

Rizzo sarcastically waved to the invisible crowd while walking off the field, as the special occasion was deflated by the fact that no Cubs fans were in attendance to enjoy it. The 31-year-old has won three Gold Gloves in his career, with the other two coming in 2016 and 2018. Rizzo also won the coveted Platinum Glove Award as MLB's best defensive player in 2016. He is likely in the running for his fourth Gold Glove this season.

.@ARizzo44 is #GoGold in more than one way during Childhood Awareness month receiving his #GoldGlove as the NLs best defensive first baseman. pic.twitter.com/NFUm7zYqsl

Anthony Rizzo made sure to thank the fans ?? pic.twitter.com/pGrPOAFqfG