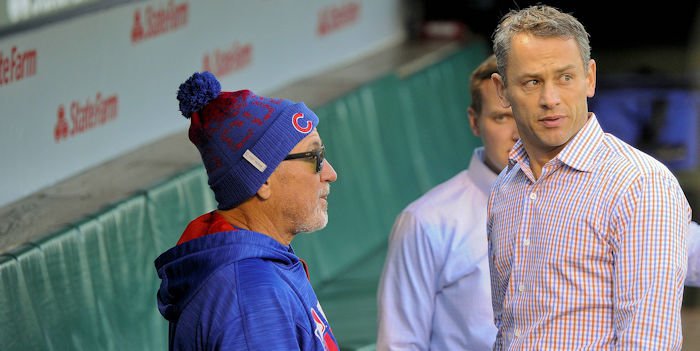 The Chicago Cubs might have a much different look on their roster in 2020.

Cubs general manager Jed Hoyer spoke to reporters at the GM meetings Tuesday and responded about the rumors out there about trades with Cubs All-Star players such as Willson Contreras and Kris Bryant.

"People are going to put stuff out there about our guys. There’s definitely some click-bait opportunity there. A lot of our guys have been All-Stars. And you can put a story out pretty easily that gets clicks."

On Monday, Cubs President of Operations Theo Epstein didn't refute any trade rumors and said he wasn't going to contribute to any rumor mill talk.

"We’re not going to contribute to this environment where there’s this hysteria about a certain player on a given day, and it turns out not to happen, and the next day its on the to the next player who’s definitely going to get moved."