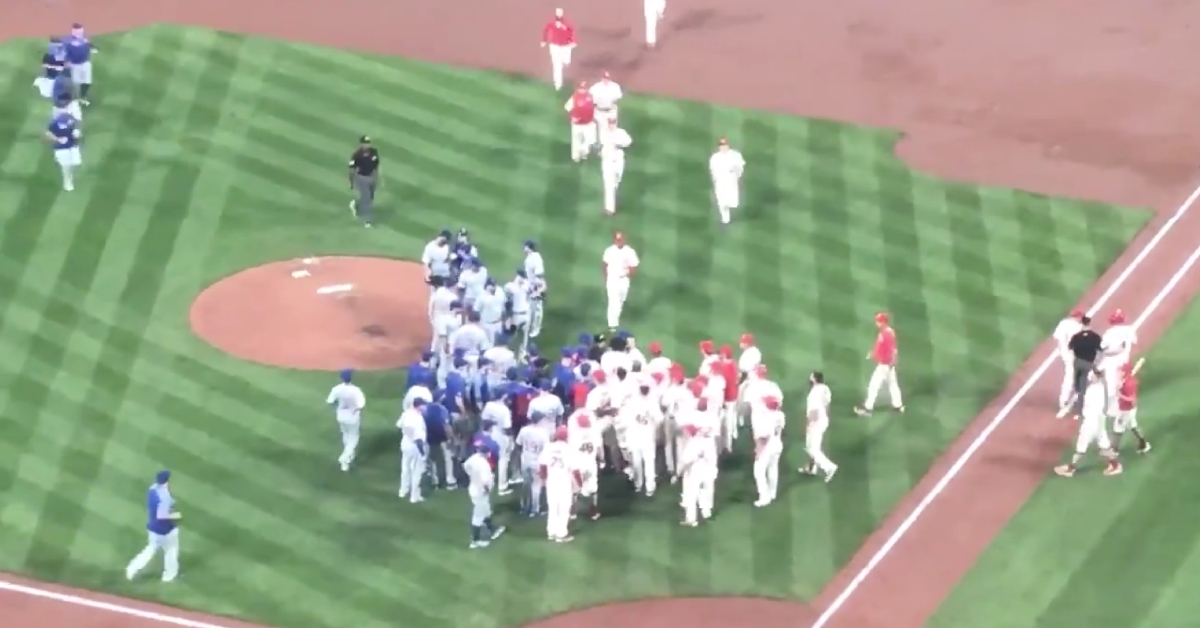 St. Louis Cardinals catcher Yadier Molina was irked at Chicago Cubs starting pitcher Cole Hamels after getting grazed by one of Hamels' pitches.

ST. LOUIS — Chicago Cubs starting pitcher Cole Hamels is set to be a free agent following the season. The 35-year-old left-hander wants to continue pitching, but he has been dealing with left-shoulder fatigue lately. Hamels returned from a brief injury layoff in order to make his final start of the season on Saturday, as he faced off against the St. Louis Cardinals at Busch Stadium.

While the Cubs have already been eliminated from playoff contention, Hamels wanted to make the start in order to essentially audition for potential free-agency suitors and prove that his left shoulder is fine. Therefore, Hamels was slated to pitch approximately three innings versus the Cardinals, who are gunning for the National League Central crown.

Considering that Hamels was aiming to be at the top of his game throughout his condensed start, it is inconceivable to think that he would intentionally hit a batter. However, fiery Cardinals catcher Yadier Molina, who had been hit by Hamels once before, took umbrage at Hamels grazing him with a pitch in the second inning. Molina mouthed at Hamels, who was visibly irked at himself after letting the inside pitch get away, and Hamels barked back.

The benches cleared as a precautionary measure, but no skirmishing ensued. Molina calmed down and ended up being stranded on first base. Why Molina assumed that Hamels intentionally beaned him, especially since the pitch only slightly grazed his arm, is unclear. Regardless, it made for yet another interesting moment in the heated Cardinals-Cubs rivalry.

Benches clear in St. Louis during the 2nd inning of Cubs-Cardinals. pic.twitter.com/5PtmR2yD6C

Update: Hamels spoke with the press about the incident during his postgame media session, and he stated that he knew that he was not in the wrong on the hit by pitch and stood up to Molina in order to defend himself.