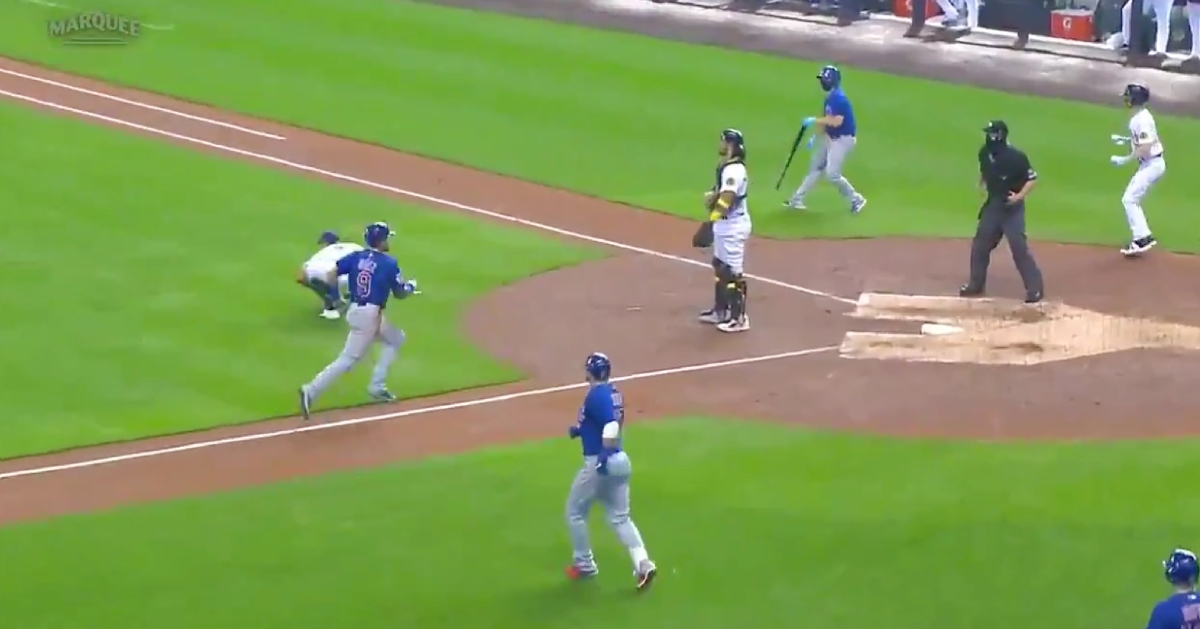 On a wacky play, Javier Baez tagged up and scored once he caught the Brewers sleeping.

MILWAUKEE — The Milwaukee Brewers had a rough defensive outing against the Chicago Cubs on Sunday. They suffered three errors in the early innings, but their worst defensive play was not scored as an error. On a sacrifice fly, the Brewers made the grave mistake of taking their eyes off Javier Baez at third base and paid the price.

Jason Kipnis hit a sacrifice fly in the top of the fifth, and Kyle Schwarber tagged up and scored from third. Baez tagged up at second and reached third. The throw into the infield was made in attempt at outing Baez, but, after Baez slid in safely, third baseman Eric Sogard chose to throw to second before time was called.

As a result, Baez rushed home and scored, making the Brewers' infielders look rather foolish. Brewers manager Craig Counsell came out to argue the play, likely due to sheer embarrassment, and was ejected because of it. Kipnis was credited with two RBIs on the play.

Reputation precedes me
They told you I’m crazy
I swear I don’t love the drama
IT LOVES ME.#ElMago pic.twitter.com/Awtaog4cGw

Here at Miller Park, Craig Counsell has been ejected as the Cubs lead the Brewers 7-0. pic.twitter.com/2psvrkZRNQ