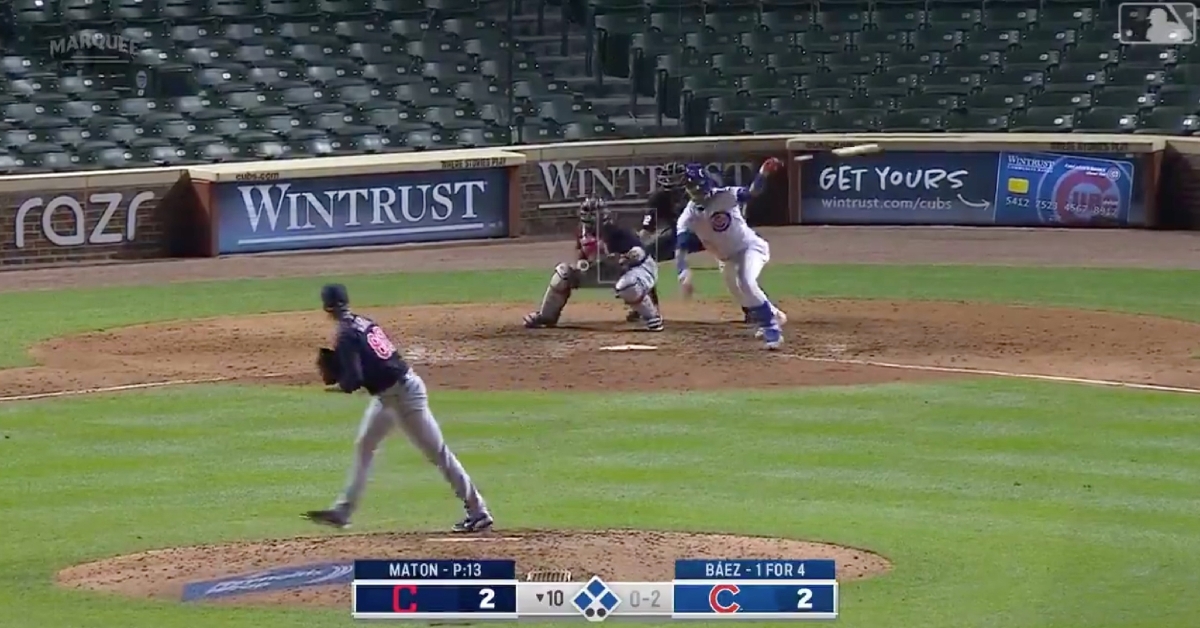 Down to his last strike, Javier Baez poked a walkoff base knock into left field, giving the Cubs a 3-2 victory over the Tribe.

CHICAGO — For the second straight game, the Chicago Cubs defeated the Cleveland Indians in walkoff fashion on Wednesday. Cubs shortstop Javier Baez poked a walkoff single into left field with two outs and the bases loaded, giving the Cubs a 3-2 victory in 10 innings.

Cubs outfielder Ian Happ scored from third on the base knock, which came on an 0-2 count. Indians reliever Phil Maton gave up the single to "Javy," as he was unable to escape the bases-loaded jam after striking out the two batters that preceded Baez.