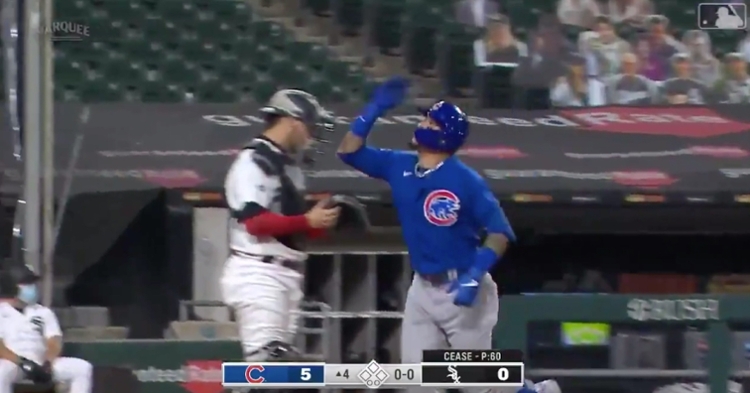 Javier Baez joined teammates Kyle Schwarber and Willson Contreras, who walloped a solo shot and a three-run blast, respectively, earlier in the contest, by going yard to lead off the top of the fourth. Barreling a 428-foot no-doubter out to left-center, Baez collected his eighth home run and 23rd RBI via the solo moonshot, which put the Cubs ahead 5-0.

Now here's a man who RESPECTS his lumber. pic.twitter.com/OMrmRDsDjQ