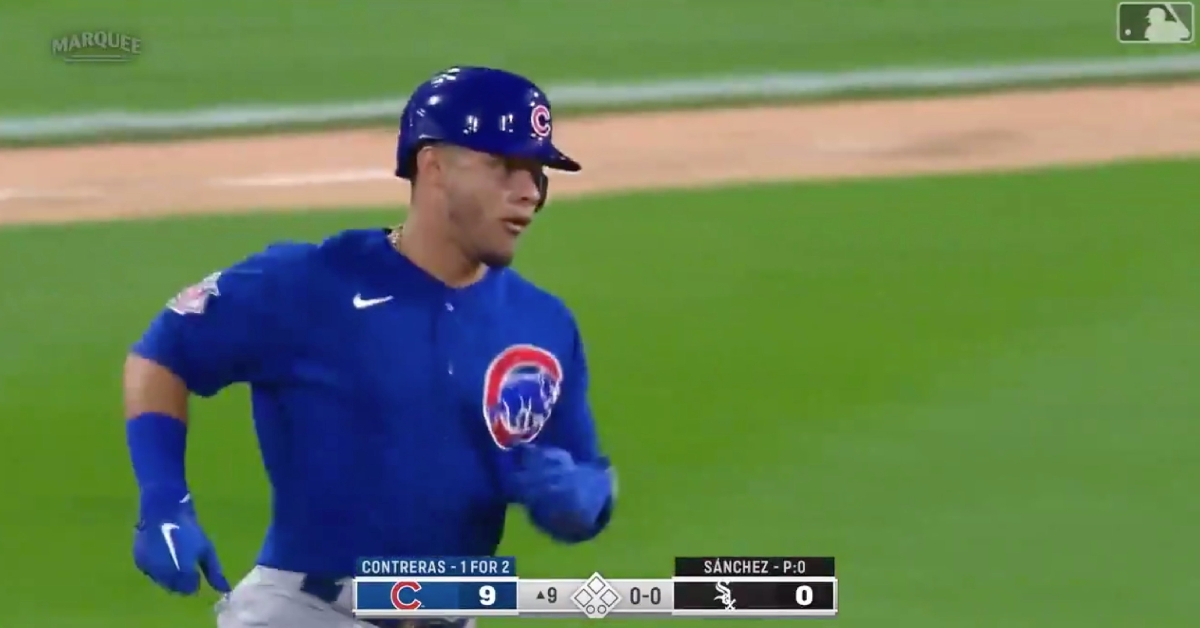 Willson Contreras' second long ball of the game served as his seventh home run and 26th RBI of the season.

CHICAGO — An emphatic bat flip by Chicago Cubs catcher Willson Contreras, who served as the designated hitter on Friday night, led to a series of Chicago White Sox ejections after Contreras was likely intentionally beaned in the seventh inning. Contreras tossed his bat high into the air after going yard in the third frame, and, evidently, the White Sox did not take kindly to it.

Contreras had the last laugh, though. In fact, he had two final laughs in the matchup at Guaranteed Rate Field, as he scored in the top of the seventh due to a White Sox error and hit a home run in his final at-bat. Lining a 380-footer over the wall in right, Contreras swatted his second dinger of the contest, both of which went to the opposite field, and motored around the bases. White Sox second baseman Yolmer Sanchez, who was pitching late in the blowout, gave up the ninth-inning round-tripper.