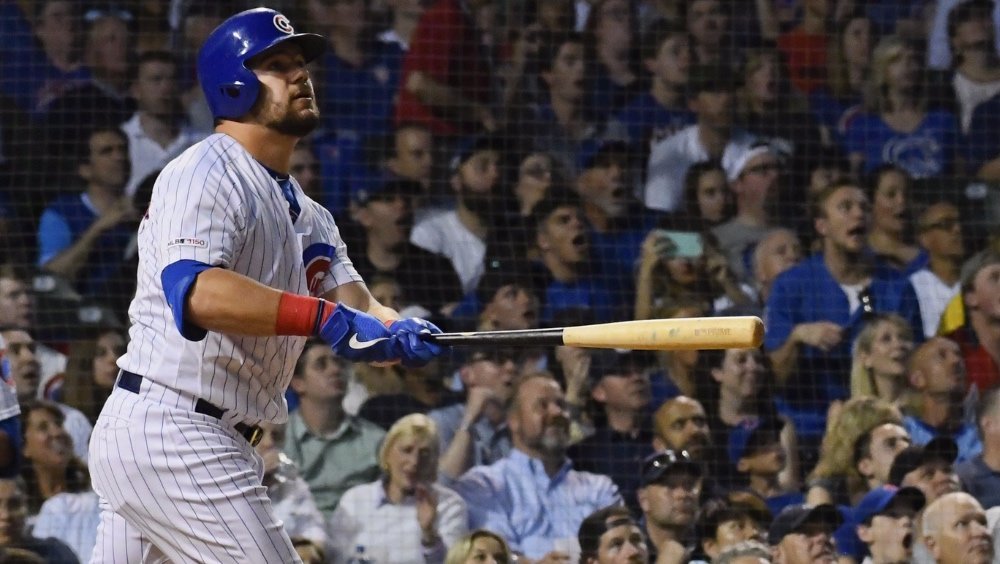 Another year and another trade rumor involving Kyle Schwarber and the New York Yankees.

The Athletic's Ken Rosenthal released his latest article that had a few tidbits about the Cubs and Yankees having trade conversations about Schwarber as he called it "interesting but unlikely trade proposition."

Rosenthal said that the trade talks haven't gained any momentum and probably unlikely.

Schwarber only makes $8 million in 2020 with the Cubs and is in the entering the prime of his career so moving him now probably wouldn't make a ton of sense from a team perspective.

He hit .250 with 38 homers in 155 games last season and has shown an improving defense with a cannon arm in left field.

He will be eligible for free agency after the 2022 season.

More than likely, if the Cubs make any trade this offseason, it will be Kris Bryant or Willson Contreras, and not Schwarbs.