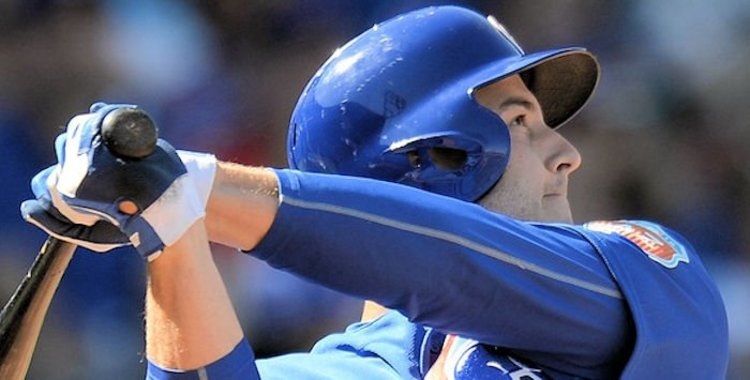 This is not good news for the Chicago Cubs but somewhat expected.

First baseman Anthony Rizzo is reportedly headed to the 10-day disabled list with a lower back injury, retroactive to Friday, April 6 according to multiple reports. He would only have to sit out six more games (Pirates and Braves) and would be eligible to play Monday against the St. Louis Cardinals. He will more than likely miss at least 9 of the first 15 games this season.

The Cubs have not yet officially announced the move and probably won't until Tuesday before the start of the home opener. Minor leaguer David Bote could be the callup tomorrow as he is an infielder on the 40-man roster that could give more depth at first base.

Rizzo has missed three straight games with lower back stiffness and was not in the lineup for today's game, but it was postponed because of inclement weather at Wrigley Field.

During Sunday's pre-game interview, Rizzo told the media that his back issue started on Monday, April 2 against the Cincinnati Reds, but the back felt pretty good after two straight off days.

"Better than yesterday, better than the day before," Rizzo said. "It's one of those things where it locks up. It's locked up worse than it has in the past. I don't want to re-aggravate it."

"It's definitely important, and I want to play tomorrow, but at the same time, you've got to be smart," Rizzo said. "If I play tomorrow, I could set myself back ten days, five, six days. We'll see how it goes today, and today will be a big day."

Rizzo has been very durable the last few years with playing at least 155 games in each of the previous three seasons and he has only been on the DL once (2004) in his entire career.

Youngster Victor Caratini and utility man Ben Zobrist have been filling in at first base during Rizzo's absense.