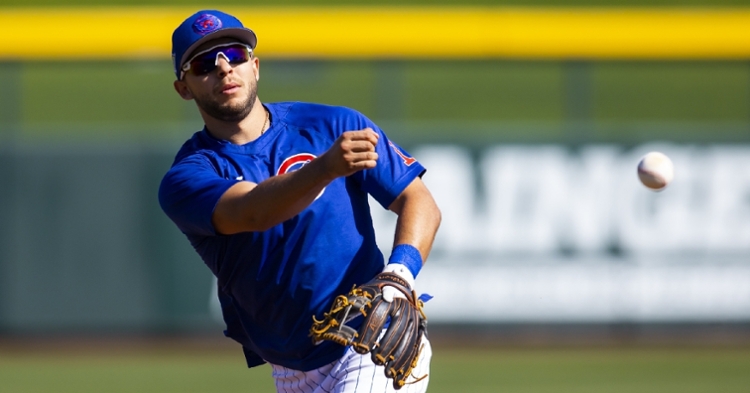 SAN DIEGO – The Chicago Cubs today placed infielder Nick Madrigal on the 10-day injured list with a low back strain and selected infielder Ildemaro Vargas from Triple-A Iowa. To make room for Vargas on the 40-man roster, right-handed pitcher Adrian Sampson has been designated for assignment.

Vargas will wear uniform No. 4 and is available for tonight’s 6:40 p.m. PT game against the San Diego Padres at Petco Park.

Vargas begins his third stint in a Cubs uniform as he was selected off waivers from the Twins on September 5, 2020, and appeared in six major league games to close out the year. He opened 2021 in the Cubs organization before he was selected off waivers by the Pirates May 17, going on to hit.156 (12-for-77) with three doubles, one triple and seven RBI in 34 games between Chicago, Pittsburgh and Arizona last season.

Top Nick Madrigal News
Top Chicago Sports News of the Week
Partner of ChicagoBearsHQ.com, ChicagoBullsHQ.com, CubsHQ.com, and TigerNet.com
ChicagoSportsHQ is an independent site and is not affiliated in any way with Chicago Professional Sports Teams.