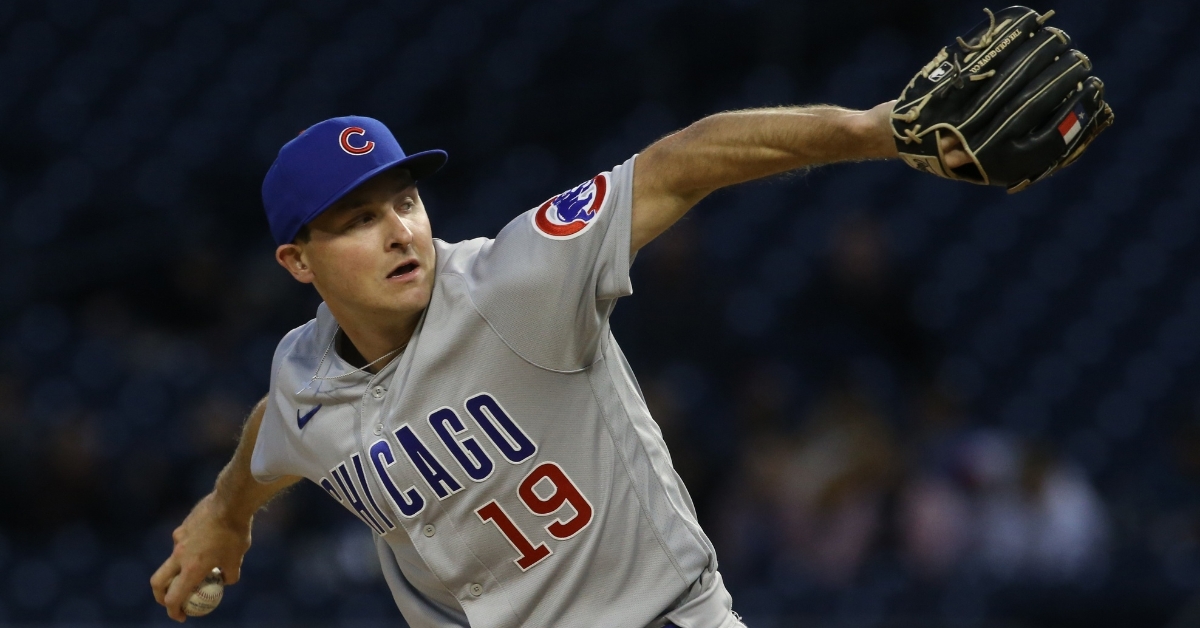 PITTSBURGH - This Hayden Wesneski kid is kind of good, wouldn't you say? Since being traded from the Yankees to the Chicago Cubs (65-85) in exchange for Scott Effross, the 24-year-old has quickly become a fan favorite and is making a case to be in the rotation come opening day next season.

Making his first start on the road and second career start against the Pittsburgh Pirates (55-95) at PNC Park, Wesneski continued his dominating run since coming to the bigs as he went six-plus innings once again and allowed two runs on just five hits. Wesneski walked two and struck out six in another fine outing on the mound.

Facing off against a pitcher in Mitch Keller, who has only gotten better as the season has gone on, the Cubs continue to struggle to score runs as their lineup has been a difficult task putting together. Still, the Cubs have been managing to play winning baseball lately, and that continued with a 3-2 win over Pittsburgh.

While the Cubs offense has done much over the past week, their pitching, particularly their starting pitching, has gotten things done, and they were at it again on Thursday. Outside of Bryan Reynolds, who was a perfect 3-3 against Wesneski, the right-hander was dominant again and was pitching with an early lead.

That was because singles from David Bote and Michael Hermosillo had the Cubs in business with two on and two outs. Christopher Morel made sure to cash in on that situation as his rare hit with runners in scoring position resulted in an RBI double as the Cubs were up 2-0.

Pittsburgh managed to get one of those runs back on the Reynolds RBI single in the third, but the real fun was yet to come for Wesneski. Over the next several frames, neither team could get much of anything going offensively, but in the bottom of the fifth, he put the world on notice by doing something very few have done in a major league game.

Not only did Wesneski strike out the side in the fight, but he did so on nine pitches, where the term the Immaculate inning comes into play. It was the 111th time a player has done that, but the first time a Cub had done that since 2004, when LaTroy Hawkins earned that feat.

Still trailing by one and in the sixth inning, Pittsburgh started to show signs of battling back, and with a Reynolds single mixed with a Ben Gamel walk, Pittsburgh had a great scoring chance against the young right-hander, but would come up empty.

Looking for some late-game offense of their own, all it took was getting Keller out of the game and hoping to go to work on the bullpen. A sharp single from Alfonso Rivas began the seventh inning before he later stole second. That steal would be very beneficial for the Cubs as the Hermosillo single extended the Cubs lead to 3-1.

Pitching into the seventh inning for the second time in as many starts, Wesneski served up a rare homer with Kevin Newman bringing things to within 3-2 with his solo shot in the seventh. Two batters later, Wesneski was lifted for Brandon Hughes, who couldn't get out of the inning and gave way to Mark Leiter Jr.

After inheriting this mess to come back, Leiter Jr made tons of great pitches as he got out of that inning without allowing any further damage. That was only the beginning for Leiter Jr as he continued to impress out of the bullpen and tossed 2 1/3 innings to end the game and pick up his third save of the season.

Top Hayden Wesneski News
Top Chicago Sports News of the Week
Partner of ChicagoBearsHQ.com, ChicagoBullsHQ.com, CubsHQ.com, and TigerNet.com
ChicagoSportsHQ is an independent site and is not affiliated in any way with Chicago Professional Sports Teams.